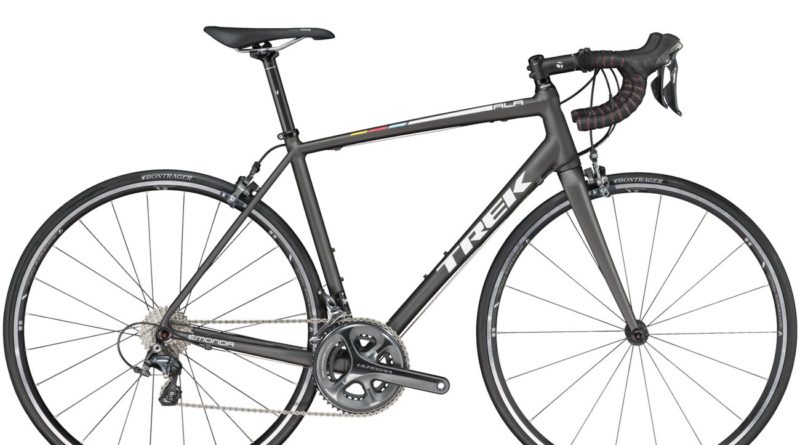 Most bicycle frames made of

There are still frames from

Carbon fiber is often called "carbon fiber", without bothering to translate from English: "carbon fiber". The last two options - much more expensive than the first two.

Some steel frames, mainly children's bicycles, made from a cheaper carbon steel - they are also strong and durable, but heavier chrome-molybdenum, because thicker.

Most Velor aluminum alloys have about the same strength and weight, as close to them in the frame price of chrome-molybdenum steel. Their increased stiffness is good for a ride in the mountains or in the sprint, but not to overcome the pits and bumps. In contrast to the steel frames, aluminum does not rust. On the other hand, frames made of aluminum alloys are more prone to fatigue failure and less maintainable, than steel. However, a well-made aluminum frame will serve faithfully for many years.

Frame - the main part of the bicycle and a base for mounting the rest of its parts. Rama's modern bicycles are usually made of pipes, which connect to form the so-called "double triangle". This form is also called «diamond» – someone, it resembles a diamond and even, may be, diamond. The shape of the frame in more than one hundred years remained almost unchanged, although with the development of modern technologies and materials, and there are many innovations. In the last couple of decades, especially actively looking for new materials for frames, including among aluminum alloys.

The quality of a bicycle frame as a structure is determined by four main factors:

The stiffness of the bike frames

Rigidity determines the ability of a structure to elastically deform: the greater the rigidity, the less elastic displacement of structural elements relative to each other. Elastic frame soften the blows of the pits and bumps, whereas the more rigid frame will transmit the rider strikes from each pit and bumps. On the other hand, a flexible frame longer flex under load, absorbing part of the energy, which is designed to move forward. Therefore cyclists, who want to win in the sprint and time trial prefer rigid frame.

Strength of material the bicycle frame

strength characteristics frame material - tensile strength and yield strength - under normal conditions does not directly affect the ride quality or the thrill of it, but it is essential for resistance to a strong frame, "Emergency" shock. Robust frame withstand such impact, and less strong - weak – can not survive.

Fatigue strength of the bike frames

In normal driving each turn of the pedals, hole or bump in the frame cause small cyclic stresses. Although these voltage and a much lower yield strength material, several hundreds of thousands of cycles they can cause so-called fatigue cracks and, in the end, endurance failure. Resist material call this type of destruction fatigue strength. If you want to ride my bike a few decades, your weight is above average and you rarely peel from the saddle, something for you fatigue strength – important factor.

The weight of the bike frames

Weight, or rather the frame weight, It depends on the density of the material and, of course, frame structure, in particular, its thickness pipes. Typical frame weighs from 1,5 to 3,0 kg, which is about a quarter of the weight of the bicycle. However, the full weight of the bike is often ten times less, than the cyclist in full "battle" attire. So most cyclists will not notice a small difference in weight frames, if, of course, they will not have long to climb the mountains on a bike or below.

Aluminum bike frames are mainly made from aluminum alloys:

Some other aluminum alloys, for example, 7075 and 2014, stronger, than both alloys 6061 and 7005, but they are not enough suitable for the manufacture of bicycle frames, because they are almost impossible to weld, at least, usually argon-arc welding.

When it comes to the strength of the frame as a whole, the large differences in strength arise from the quality of welds, selecting the shape and thickness of the pipe, as well as the overall design of the frame. In fact, under the load, which is generally subjected bicycle frame, differences between aluminum alloys 6061 and 7005 Hardly ever, because the voltage, that arise in the frame, sufficiently far from these limit values.

Alloy 6061 It has a relatively high strength, easily welded and is widely used not only for making bicycle frames, but also in construction, aircraft, shipbuilding.

Aluminium alloy 7005, as Alloy 6061, It is thermally hardenable. However, Unlike alloy 6061, which requires a fairly rapid and intensive water quenching when heat treatment, alloy 7005 In this case sufficient cooling air.

Some of the major manufacturers of bicycles with aluminum frames declared by the use of special aluminum alloys or special treatment of aluminum alloys to improve the properties of frames. Seem to be, often more marketing courses, than "breakouts" in aluminum metallurgy.

for instance, known firm Giant apply their, branded aluminum alloy «AluxX». In this case, an ordinary «AluxX» – it's just an aluminum alloy 6061, but with special designs "butted", hydroforming technology, and heat treatment.

Butting (from English - butting) - thickening of pipes of critical sections, often at the ends trub.Gidroforming - forming tubes by placing them in a special template and upload them into the water or special oil under high pressure.