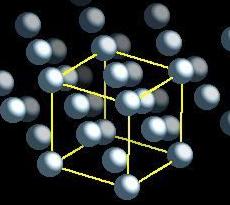 Physical and mechanical properties of aluminum alloys - and deformable, and foundries - depends not only on their chemical composition, and then to a large extent on the technological process of manufacturing of aluminum products factory, as well as the processes of recycling of aluminum semi-finished products - bars, profiles, pipe, list, tapes, foil - in the final product.

Status alloy – is its technological biography

View, the number and sequence of processing steps set final microstructure and mechanical properties of the alloy. Effect of these process steps on the properties of aluminum alloys in the finished products characterize special parameter, which is called "state" (in English - "temper"). The term is also used "state of the material '. status code, which consists of one letter and one or more digits, joins the alloy designation with a hyphen (not a dash), for example, 6060-T66.

When, in order to produce aluminum alloy designation and indicate its status, it is clear and understandable determines supply the material and its properties.

Each specific state begins with one of these four letters and one or more numbers after the letter (except for the F state).

This state indicates, that the products produced by plastic deformation, without any special control strain hardening degree or extent of softening by heat treatment. It has no options.

O state is characterized by a maximum ductility material. Achieved by annealing without any subsequent hardening by cold plastic deformation (work-hardening) or hot deformation at a temperature above the recrystallization temperature.

This group of conditions relates to cold-worked products, which in addition may also be subjected to autofrettage partial annealing. Partial annealing is called shutter products at, which is sufficiently high, to lead to partial softening (decrease in hardness) of the work-hardened metal.

Heat treatment can be a combination of the following technological operations: