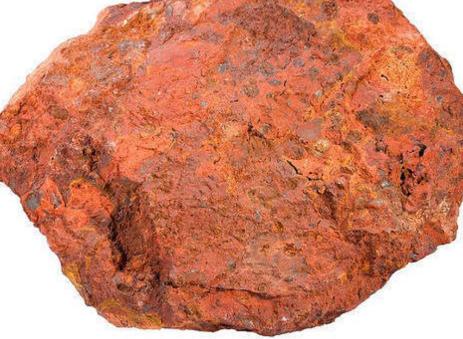 Below is a brief overview of the most important chemical compounds of aluminum, that are found in nature, as well as their industrial applications.

What is a chemical compound?

The modern classification of aluminum compounds from the Encyclopedia of Aluminum [4] is presented below. 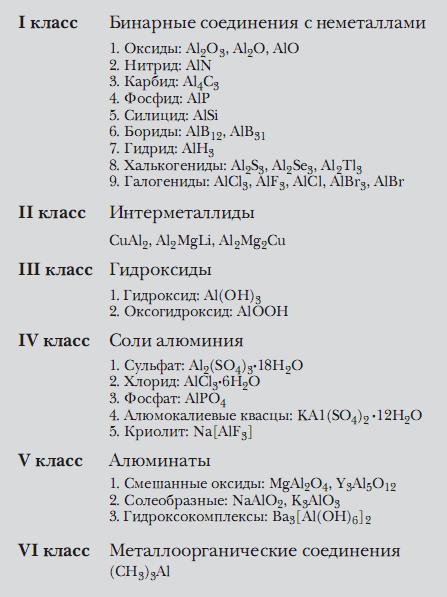 Aluminum is the most common (more 8 % by mass) natural metal element, as well as the third natural element among all chemical elements (after oxygen and silicon). However, because of the high chemical activity aluminum it is almost always in compounds with other elements and is very rare in nature in the form of pure metal.

Table – The proportion of chemical elements in the earth's crust 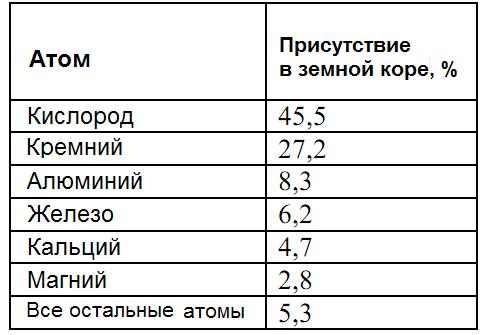 Pure aluminum - is a silvery-white, malleable, ductile metal having an atomic number 13 and relative atomic mass 26,98. With few exceptions, it is in the form of chemical compounds in the Al+3.

This metal has amphoteric properties. It reacts with mineral acids and strong alkalis. Although aluminum is one of the most chemically active base metals, it has a very high resistance to corrosion. When contacting the aluminum surface with fresh oxygen, water or other oxidizing agents, a dense oxide film (Al2O3), metal which provides high resistance to corrosion. This oxide film dissolves in alkaline solutions with the evolution of hydrogen and the formation of soluble alkaline earth aluminates [1].

The latter reaction is used in the production of certain metals (alumothermy), for example, manganese and some alloys, for example, ferrotitanium.

Natural minerals are chemical compounds. Aluminum is present in many minerals – more 270 species – in combination with oxygen, silicon, alkali and alkaline earth metals and fluorine, as well as hydroxides, sulfates and phosphates. for instance, feldspars are the most common minerals in the earth's crust (about 50 %) - are aluminosilicates [1]. Below are the most important aluminum minerals from the fundamental encyclopedia about aluminum [4] 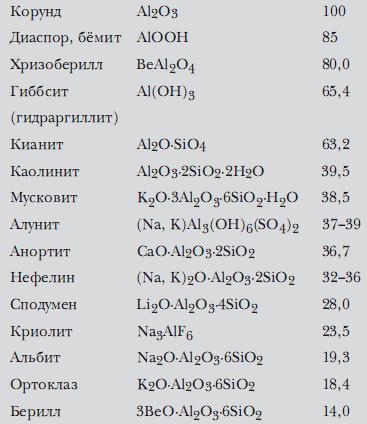 The most important minerals in aluminum [4]

Natural aluminum metal are sometimes found as a minor phase in the conditions of oxygen deficiency, for example, inside some volcanoes. It is also found in such minerals, like beryl, cryolite, Garnet, spinel and turquoise [1].

Impurities in the Al oxide crystals2O3, such as cobalt or chromium yield gemstones ruby ​​and sapphire, respectively. Pure oxide Al2O3 izvesten Heartland corundum – one of the hardest materials. 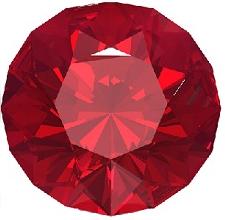 While aluminum is a very common element in nature, Most minerals of aluminum may not be economically viable sources of this metal. Nearly the whole primary aluminum metal produced from ore, which is called bauxite (or bauxite) with a generalized chemical formula (AlOx(OH)3-2x) [1].

Bauxite occur in nature as weathering products bedrock with a low content of iron and silicon in tropical climates. Natural bauxite contain various hydrated forms of alumina, which have different crystal system, and also differ in the degree of hydration (the number of water molecules per Al molecule2O3).

Near 90 % aluminum ore - bauxite - is the production of primary aluminum, rest 10 % – for other industrial applications.

Bauxite is not mineral and chemical compound. This name is bauxite (or, more, bauxite) - used to designate various types of aluminum ores, which contain aluminum compound, basically - different kinds of hydroxides.

These types of hydroxides significantly differ in such physical properties, as:

Usually natural bauxite deposits consist of one of these types of hydroxides,, although in some cases the same bauxite may contain mixed hydroxides.

Bauxite vary in color from cream to dark brown with a high iron content.

Almost all alumina produced from bauxite, which contain about 50 % oxide Al2O3 as hydroxides. This aluminum ore was treated under pressure in caustic soda solution, to dissolve the alumina in aluminate form, and separate it from the red sludge, containing oxides of iron and other major impurities. Then this solution was precipitated aluminate crystals of aluminum hydroxide.

At temperatures below 700 ºС the technological mass contains the following different types of aluminum compounds - its hydroxides:

The final process step of manufacture of alumina is obtained by calcining at previous stages hydroxides mixture. Firing (calcination) is carried out at a temperature 1200 ° C to yield pure alumina with a content of Al oxide2O3 more 99 %. 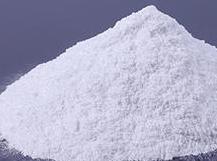 For industrial production 1 alumina ODP requires about 2 tons of alumina.

aluminum compounds, which are most important for non-metallurgical industries – are it:

Alumina - this is one of its oxygen compounds. pure oxide – It is a white powder in the form of particles of various shapes and sizes. Because of its amphoteric properties of the oxide is soluble in mineral acids and strong alkalis. It can have various modifications. The most stable is its alpha modification "corundum" (alpha-Al2O3).

During dehydration of hydroxides formed Al oxide series type2O3, which still contains a small proportion of hydroxyl groups and retain some reactivity. All oxides, obtained at lower temperatures is called transitional modifications. At a temperature 1400 ºС all transient modifications turn into alpha-modification [1].

The anodic oxide obtained by electrochemical oxidation of aluminum. This compound is a nanostructured material having a unique structure. Anodic aluminum oxide consists of cylindrical pores, that provide him widely used in the art. It is thermally and mechanically resistant, an optically transparent and have high electrical insulation properties. The pore size and thickness of the anodic oxide layer can be easily adjusted parameters Technology, which enables its use not only as protective coatings for decorative aluminum products, but also as the basis for nanotechnology. 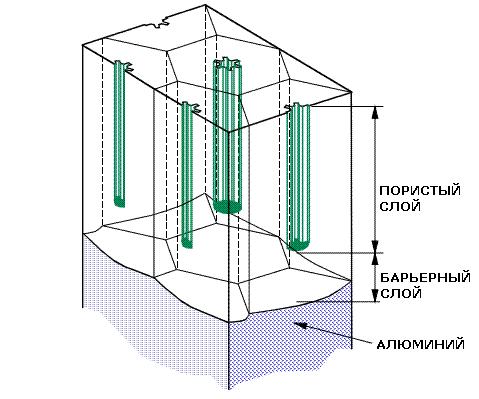 Various forms of aluminum hydroxide. The most studied forms are trihydroxide Al (OH) 3 and oxide-hydroxide AlO (OH). In addition to these crystalline forms, several other types are known [1].

Al (OH) hydroxide3 It is used in large volumes for sewage treatment, as well as the manufacture of other aluminum compounds, including its salts.

The structure and composition

Aluminum sulfate may exist with different proportions of water. A common form of this compound is Al2(SO4)3· 18H2O. He is almost insoluble in anhydrous alcohol, but it is highly soluble in water. At temperatures above 770 ° C decomposes to alumina.

Finds application in the following industries and areas of life [1, 2]:

Aluminum sulphate is included in combination with monovalent metal sulfates to form double salts, called alum. The most important of these salts is aluminum potassium sulfate. This chemical compound is also known as potassium alum. These alum are widely used since ancient times in leather production, drugs, fabrics and colors.

Clays are composed mainly of aluminosilicates.

In the reaction of chlorine gas with the molten aluminum is formed of aluminum chloride. This compound is commonly used as a catalyst in the synthesis reactions of various organic compounds. Hydrated chloride AlCl3∙H2O, It is used as a deodorant or antiprespirant. This compound is one of several aluminum salts, that apply to the cosmetic industry.

The hexahydrate form of aluminum chloride is used:

Since aluminum forms a hydride with hydrogen AlH3, which is widely used in organic chemistry, including, as lithium aluminum hydride (LiAlH4). This compound was prepared by reacting aluminum chloride with lithium chloride.

The intermetallic compound is very important for the microstructure and properties of alloys of aluminum. for instance, iron and silicon are impurities, which are always present in aluminum. Since iron is very low solubility in solid aluminum, the phase Al-Fe or Al-Fe-Si can be found in the microstructure even ultrapure aluminum. These phases may be FeAl intermetallic compound3, Fe3unlucky12, Al2Si2Al9 or FeAl6.

In aluminum alloys, there are several tens of phases, which are intermetallic compounds. In complex alloys of the type 2014 (Al-Cu-Mg-Mn-Fe-Si system) these compounds are of the type (Mn, Fe)3unlucky12 [3]. 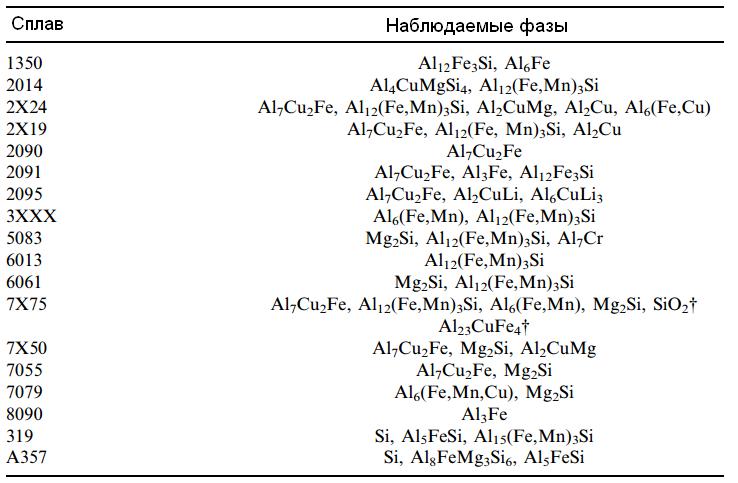