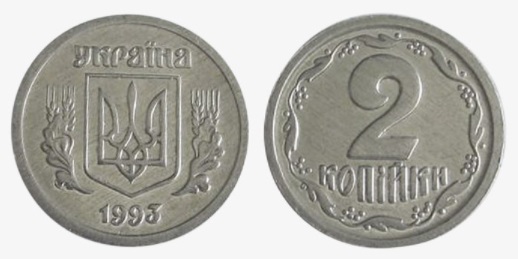 Aluminum, it seems, very suitable material for making coins. It is available, has a moderate cost, light weight, high corrosion resistance, high electrical conductivity. From one kilogram of aluminum, the mint could mint in 2,5-3 times more coins, than when minting traditional copper, steel or zinc coins. The lighter weight of the coins could make them easier to carry in wallets and pockets, and also less expensive to transport in large quantities. Why then, don't we see the massive use of aluminum coins?

The complex process of selecting a new metal or alloy for wide circulation coins is detailed in a report from the US Mint. [1], which was dedicated to finding new, cheaper materials for coins in denominations 1 cent.

Factors, which must be considered when designing or choosing a new metal for making coins, are, including [1]:

Aluminum is widely used in coinage as the main component in the well-known coinage copper alloy - aluminum bronze.. Classic "bronze" – it is a copper-tin alloy. There is also nickel bronze.

Aluminum bronze are copper-aluminum alloys with an aluminum content from 5 % to 11 % and with small additions of manganese and nickel. They are yellow and have a hard surface. Aluminum bronze option, Nordic Cold, applies to coins 10, 20 and 50 eurocents. The composition of this alloy: 89 % Cu, 5 % Al, 5 % Zn и 1 % Sn.

Aluminum bronzes are a popular coinage material, as they have a higher corrosion resistance, than common bronze, and also have a characteristic color.

A series of wrought aluminum alloys "aluminum-magnesium" (Al-Mg) is considered especially suitable for making coins.. In these alloys, magnesium provides hardening of aluminum due to the formation of a solid solution in it. Moreover, these alloys have the ability to work hardening during embossing, which increases the metal's resistance to wear. Al-Mg series alloys are not heat-hardened and therefore reach medium strength. One of these alloys, which has been considered as a candidate for making aluminum coins is an alloy 5005, low alloy Al-0.7% Mg.

The most suitable aluminum alloy for coinage is considered to be 5052 - aluminum-magnesium alloy with chromium additives (Al-2.5Mg-0.25% Cr). This alloy is widely used in shipbuilding and is produced in large quantities.. It has higher wear resistance, than alloys 1100, 5005 and 3003. Aluminium alloy 5052 is thermally unhardened and must be supplied sufficiently cold-worked to make coins H32, to ensure clean cutting of blanks for coins. For the manufacture of coins, sheets of alloy 5025-H32 are required with the thickness of the manufactured coin.

Various manufacturers of commemorative signs use aluminum 1100, which is a technically pure aluminum with little hardening due to impurities, primarily, gland. Since this hardware can be added on purpose, then this aluminum can formally be considered an aluminum alloy. An aluminum-manganese alloy is also considered as another coin alloy. 3003 (Al-Mn) [1]. Both alloys provide low cost and high cold deformation properties..

It is known, that in the 1970s the US Mint recommended one of the aluminum alloys, apparently, 5052-H32, for the production of one-cent coins, to replace the still-circulating copper-plated steel coin. A trial batch of aluminum one-cent coins was issued (Figure 2). However, this met with fierce opposition from business through vending machines., as well as the coin industry. Coin industry experts have unanimously recommended avoiding the use of aluminum, as a material for coins of mass circulation. The low weight of aluminum coins makes them prone to jamming in vending machines, which can lead to an increase in the cost of their maintenance. Moreover, vending machine owners and manufacturers celebrated, that the electrical and magnetic properties of aluminum alloys are much more sensitive to temperature, than, for example, the famous "cupronickel". Aluminum also turned out to be more prone to significant deviations in its properties as a result of fluctuations within the permissible limits of the chemical composition and parameters of the production process [1].

For the manufacture of small change coins, for example, American one cent coin, aluminum and its alloys have a number of advantages, including: relatively low cost (similar price per unit of weight as zinc), low embossing forces and high corrosion resistance. The disadvantages of aluminum as a coin metal include its low strength., which can cause problems with low wear resistance of coins and adhesion of aluminum to the stamping tool during their manufacture.

Japanese coin in denomination 1 yen, which was first released in 1955 year, is the oldest coin currently in production. Its design has not changed since then.

This coin is made of technically pure aluminum and has a diameter of 20 mm weighs exactly one gram. Therefore, it is also used as a weighting measure.. Interesting, that Soviet coins in 1, 2, 3 and 5 kopecks also weighed accordingly 1, 2, 3 and 5 grams and were also used for weighing small portions of materials, for example, in school chemistry experiments. Moreover, the aluminum Japanese yen has been found to be very useful in demonstrating the surface tension of water: when carefully placed in a glass of water, she does not drown, but floats (figure 4). See. also video “The Floating Yen“. 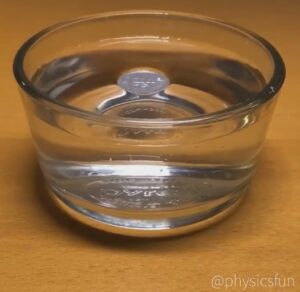 Aluminum coin 1923 of the year 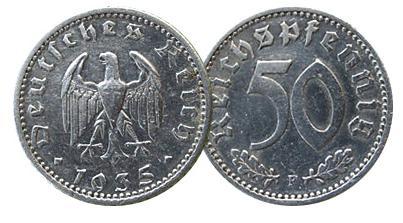 Aluminum coins of the former GDR

Aluminum coins were issued in the former GDR. On the first series of coins 1948 by 1950 years with dignity in 1, 5, 10 and 50 pfennig was depicted an ear of wheat on a gear. V 1952/53 this motive was replaced by a hammer with a compass, surrounded by two ears of corn. Aluminum coins remained in circulation until 1972 of the year. Coins in 1 pfenning had a diameter 17 mm and weighed only 0,70-0,75 g. Apparently, they swam as well as Japanese yen! 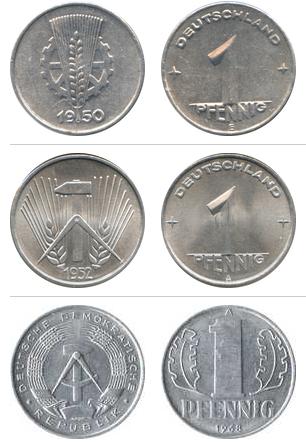 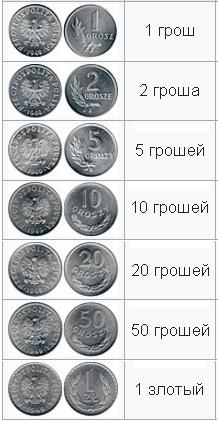 In Ukraine since 1992 by 1996 two-kopeck aluminum coins were issued . The chemical composition or name of the aluminum alloy of these coins is unknown.. 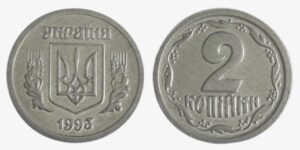 Low-carbon steels have been successfully used to make coins, mostly of the lowest dignity, for example, Canadian one cent coin. Currently, ultra-low-carbon steels with a carbon content below 0,01 %. This results in a reduction in efforts when minting coins and a decrease in fatigue damage to the die for minting coins.. Unfortunately, all carbon steels are subject to rust and must be protected against corrosion.

Zinc plating was applied, for example, on US pennies during World War II. However, galvanizing coin blanks is quite expensive and, Moreover, when such coins are circulated, this zinc coating quickly loses its attractive appearance. Pre-galvanizing steel strips is cheaper, than galvanizing coin blanks, but at the same time their edges remain largely unprotected after, how they are cut out of galvanized tape.

Aluminized steel could be an alternative to galvanized steel, when the aluminum coating plays the role of a "sacrificial" anode, which protects steel from corrosion [6]. However, according to [1], this coverage has similar problems., as zinc coating, and the cost benefit is minimal.

As we can see, despite the apparent advantages of aluminum as a material for making coins, there are several reasons, for which it is used quite rarely and, usually, only for coins of the lowest denomination, as well as in times of high inflation. The main reasons, for which aluminum is little used for the manufacture of coins, are: