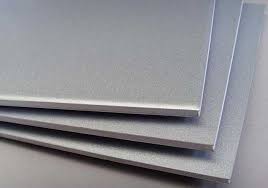 Aluminum rolled sheet may require further reduction of thickness. In this case, it can be rolled at room temperature in a rolling mill with a single mill stand or a multi-roll mill stand (tandem mill). The general principles of cold and hot rolling are very similar..

To, after or between cold rolling operations, the aluminum sheet for various reasons may require full or partial annealing - heating and slow cooling - to soften it and remove the condition, which the material has already received.

Partial annealing can be used after the completion of cold rolling of the sheet to stabilize the mechanical properties of the material..

Full or partial annealing can be used to prepare a sheet for subsequent mechanical forming in the manufacture of aluminum products from it.

Moreover, the annealed state of the aluminum sheet can be, at the request of the customer, the state of its delivery.

Aluminum alloys can be hardened by hot or cold rolling operations to such an extent, which is not needed by the final product, or which will prevent further rolling and the achievement of a given state of the material.

Heat-hardenable alloys can obtain significant heating and cooling during hot rolling., as a result of which they can undergo partial hardening and strengthening due to the precipitation of secondary phases.

Cold rolling, on the other hand, lengthens grains and causes residual stresses and deformations. These changes create resistance to further deformation: they say, that the cold-rolled sheet is "riveted" or "received full auto-work".

Undesirable thermal hardening or work hardening is removed by annealing before further rolling.. Annealing is the heating of an aluminum alloy above its recrystallization temperature and holding at it long enough to create a new, recrystallized grain structure and relief of residual stresses.

Annealing can be carried out at any stage of the rolling process.

When fully annealed, the alloy is heated "hot" enough and long enough, to completely soften the product - to achieve complete recrystallization.

Full annealing transforms both thermally hardened, and thermally unhardenable wrought aluminum alloys to their softest, the most plastic state. In this state, the alloy has maximum possibilities for plastic deformation.. This state of aluminum alloys is designated by the letter "O" in the foreign, international classification and "M" – according to domestic standards.

For complete annealing of heat-hardened aluminum alloys, the metal is usually held for about 2 hours at a temperature in the range 335-370 ° C for peening or 400-425 ° С to remove thermal hardening. Then the metal is slowly cooled at a rate, which depends on the type of alloy.

Thermally unhardened aluminum alloys are annealed by heating for half an hour to two hours (most often within an hour) at a temperature in the range 335-405 ° C. Then they are cooled at a controlled rate..

Full annealing also provides conditions for relieving residual stresses and can be carried out specifically for this purpose..

The state of aluminum alloys H1 and H3 is obtained by applying a certain amount of strain hardening to a completely annealed metal. These states are sometimes called so - "rolled to a given state".

These intermediate states are referred to as "H2X" and are called "cold-worked and partially annealed".

Some thermally non-hardenable aluminum-magnesium alloys, such as 5052, 5456, 5083 and 5086, and Alloy 3004 achieve high strength due to internal stresses, which they get as a result of rolling. However, due to the tendency of magnesium to precipitate from solid solution, the initial state of these alloys is unstable and they can suffer from the so-called "softening aging" – gradual loss of some strength over time, and at room temperature. such alloys, if not stabilized, may also be subject to unpredictable dimensional changes.

To prevent such phenomena in these alloys, they are subjected to stabilization annealing.. This annealing consists in heating the alloys to a relatively low temperature - usually about 180 From. Once stabilized, depravity, hardness and dimensions do not change at room temperature.

Annealing is carried out in convective annealing furnaces. To avoid oxidation of grease residues or the formation of magnesium oxide on magnesium-containing alloys, annealing can be carried out dry, inert atmosphere, such as nitrogen gas.

With continuous annealing, the uncoiled sheet passes through the furnace so, that the entire surface of the sheet is heated by an oven atmosphere. This heating is fast, which also makes it possible to form a more dispersed grain structure of the alloy.