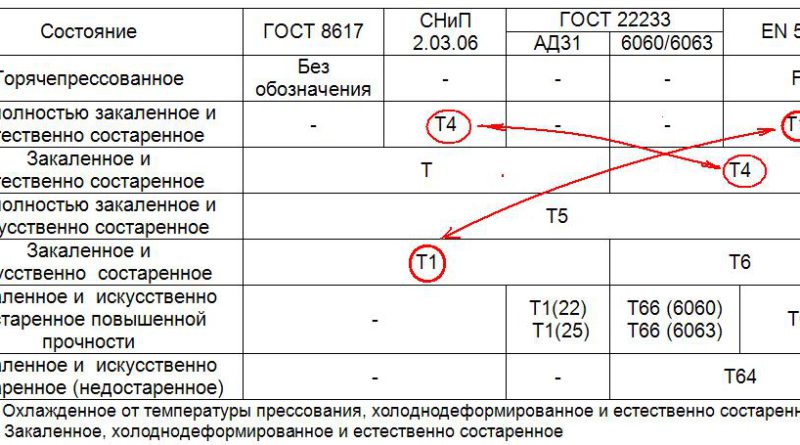 In the current GOST 8617-81, GOST 22233-2001 and SNiP 2.03.06-85 (updated, SP 128.13330), Unfortunately, there is no uniform approach to the definition and designation of states for extruded aluminum profiles. Moreover, domestic designations differ from those accepted in international practice. Therefore, there is uncertainty and confusion (see. table and figure 1 below). This can lead to incorrect ordering of aluminum products., improper manufacture and incorrect delivery, especially when exporting and importing.

For the AD31 alloy, the following states are applied:

For international alloys 6060 and 6063 the following states apply:

Moreover, only in this SNiP there is one more state:

В EN 515 it is defined as: "Chilled from hot deformation temperature and then aged".

In domestic documents, this condition is called "not fully hardened and artificially aged", which does not quite reflect the essence of the matter.

With proper technology control, the hot deformation temperature can be higher than the quenching temperature, and the alloy can reach full quenching when properly cooled from this temperature. In that, properly, is the essence of reaching the T6 state when quenching on an extrusion press.

By definition of T4 state, T6 , Т64 and Т66 include hardening from separate furnace heating. However, in practice, for alloys 6060 and 6063 these states are obtained by press hardening. In this case, unlike the T5 state, produced, least, additional control of the temperature of the profiles at the exit from the matrix.

Joint designation of alloy and condition

for instance, for the AD31 alloy in the hardened and artificial state, the designation is used: АД31.Т1.

for instance, for the AD31 alloy in the hardened and artificial state T1, the designation is used: АД31Т1.

In the European technical literature, the designations of the alloy and the state are used as with a space between them., for example, 6060 T6, and with a hyphen (no dash!), for example 6060-T6. standard EN 515, which gives definitions of all states, does not give any instructions on this.

In American documents, between the designation of the alloy and the condition, they put a hyphen (not a dash!), for example, 6060-T6.

In our opinion, the most convenient and unambiguous is the "American" version, i.e, for example, 6060-T6. .

1) The simultaneous use of domestic and international designations of the states of aluminum alloys in various regulatory documents can cause confusion, a, exactly, wrong product order, improper manufacture and incorrect delivery.

2) It would be reasonable to: 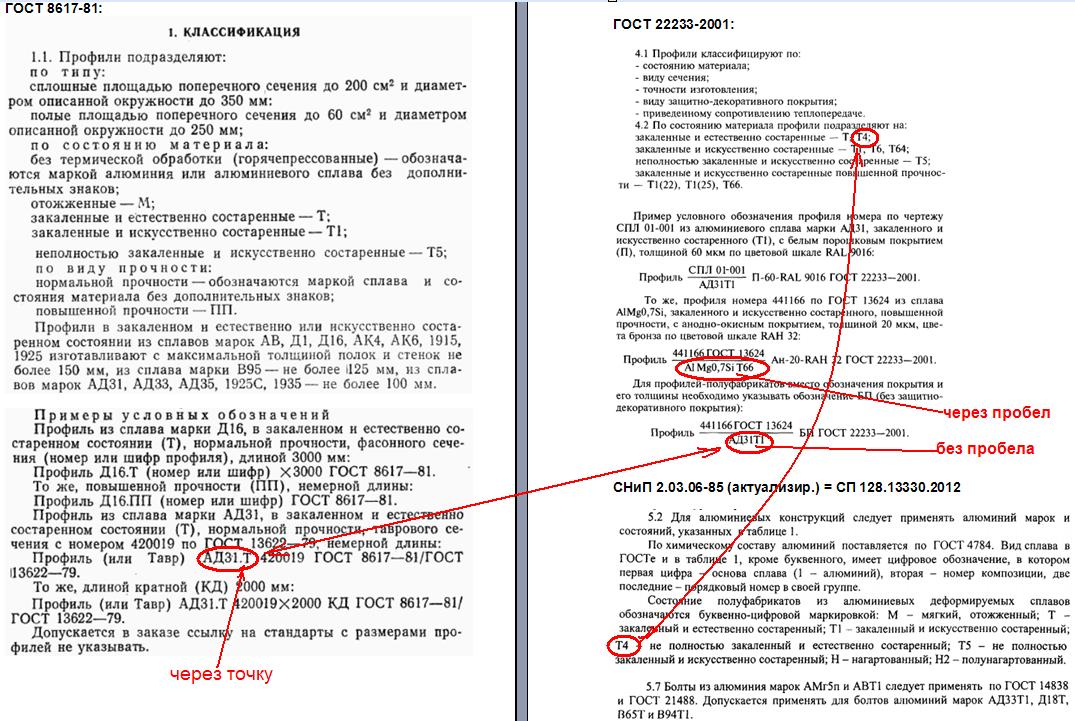 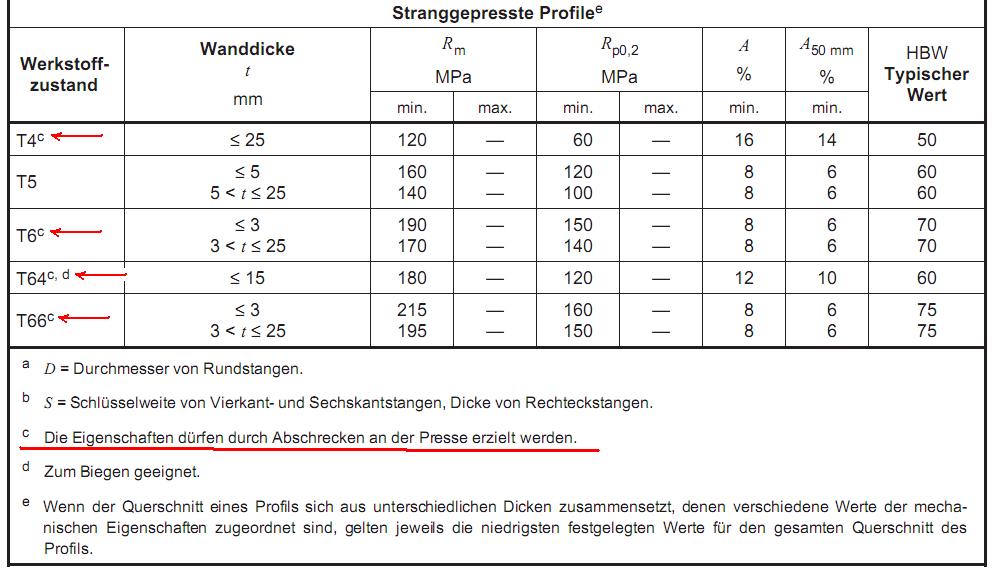 Note with – Properties can be achieved by press hardening