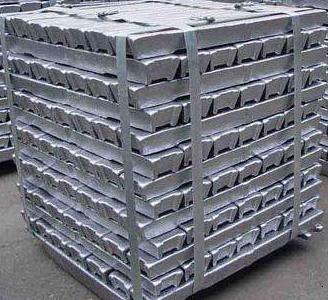 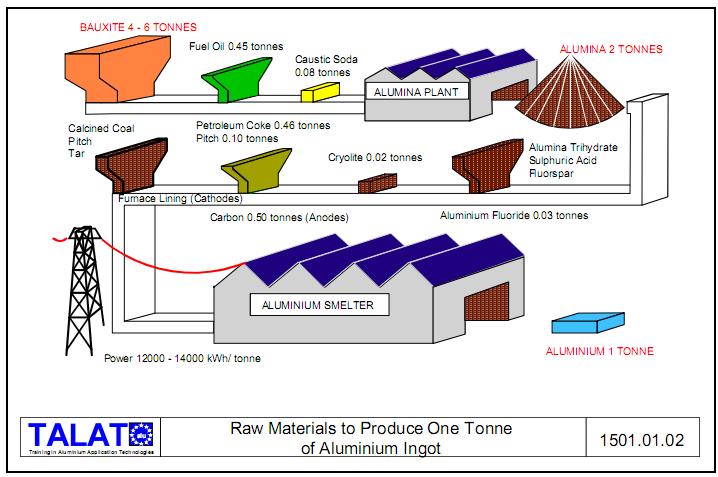 Figure 1.1 – Number feedstocks
for the production of one ton of primary aluminum

Bauxite - a bauxite, breed of reddish clay material. It consists of aluminum compounds – different aluminum hydroxides, and also iron oxide and silicon. The chemical composition of the bauxite varies widely. Therefore, often referred to as the ore in the plural – boksity.

Bauxite typically located near the surface and their surface method mined. During the bauxite is crushed and transmit them to the alumina production.

In preparing the plot extraction topsoil is removed and stacked for storage. After working out this full portion topsoil return. Thus approximately 80 % land bauxite mines back into local ecosystems.

Every year the world produces about 160 million tonnes of bauxite. The leaders in bauxite mining are:

The world's bauxite reserves are estimated at 55-75 billion tons:

Alumina production by the Bayer process is carried out in four stages:

Figure 1.2 – Extraction of alumina from bauxite: the Bayer method [2]

aluminum oxide - is not only alumina

The alumina used not only for the production of primary aluminum, where it is called alumina, but in other industries. Alumina is used as a filler in the manufacture of plastics. This compound is also widely used as an abrasive and is a cheaper substitute industrial diamonds. Large quantities of aluminum oxide used in refineries to convert hazardous hydrogen sulphide in the composition of the exhaust gases into the clean sulfur.

Aluminum oxide occurs naturally in the free state and. This mineral called corundum. In special circumstances it takes the form of corundum gemstone sapphire and ruby. Alumina produce artificial sapphires and rubies for industrial applications.

Primary aluminum Unlike secondary aluminum is smelted directly from natural bauxite and, really, once in its entire life cycle. Secondary aluminum recovered from scrap aluminum, may be, It is not the first time, by its sorting, cleaning and remelting.

In Hall-Heroult process of alumina dissolved in molten cryolite in graphite lined steel electrolyser. On top of this bathtubs graphite anodes. The anodes are immersed into the solution and a constant electric current is fed great strength, for example, 150-170 kA or even 400 kA. The oxygen atoms are separated from the aluminum atoms connected with carbon and graphite anodes. The resulting aluminum accumulates on the bottom of the tub. 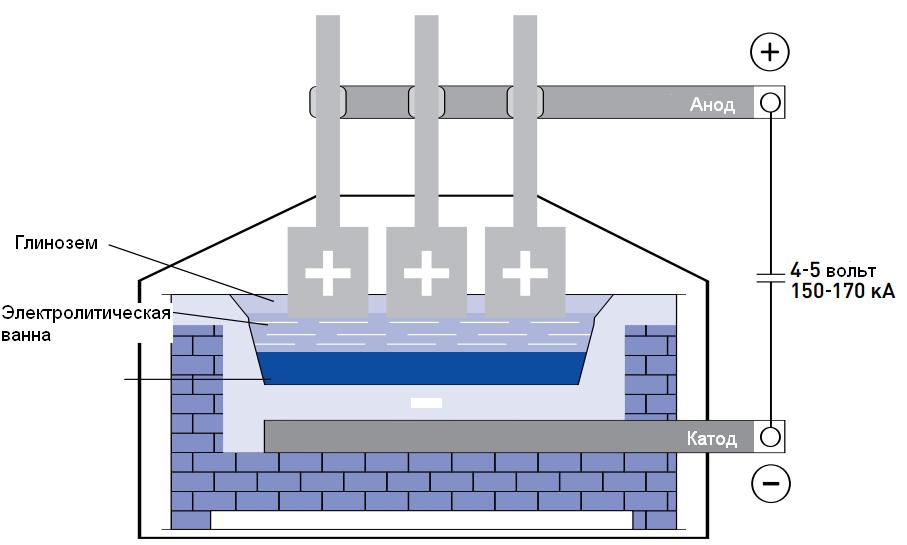 Figure 2 – Electrolysis of aluminum in an electrolytic cell [2]

Approximately every 4 tonnes of bauxite are 2 kilograms of alumina. out of every 2 tonnes of alumina produce 1 ton of aluminum. 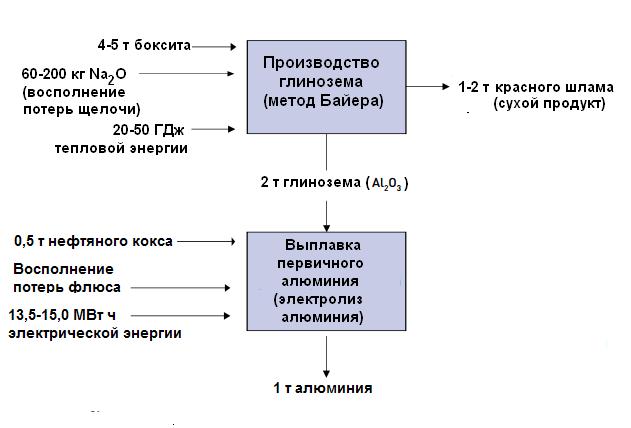 For the last 50 s electricity consumption in the production of 1 kilogram of primary aluminum reduced by 50 %, including 10 % for the last 20 years. Despite remaining a significant energy consumption of existing technology based on the method of Hall-Héroult, real substitute it currently does not exist.

Lots of additional information is here:
Encyclopedia of Aluminum and Its Alloys, Two-Volume Set (2019)