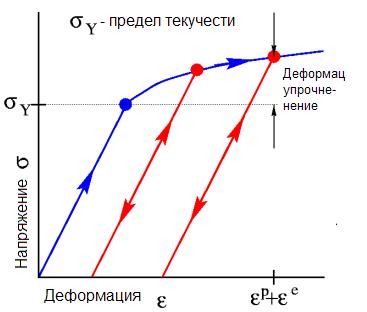 Cold deformation or strain hardening - this is an important process, which are used to increase the strength and / or hardness of metals and alloys, which can not be hardened by heat treatment. This treatment process involves changing the product shape by cold plastic deformation, that is, the input of mechanical energy into the metal [1]. As a result of this treatment, the metal becomes harder stronger, but loses plasticity, as it shown on the picture 1. 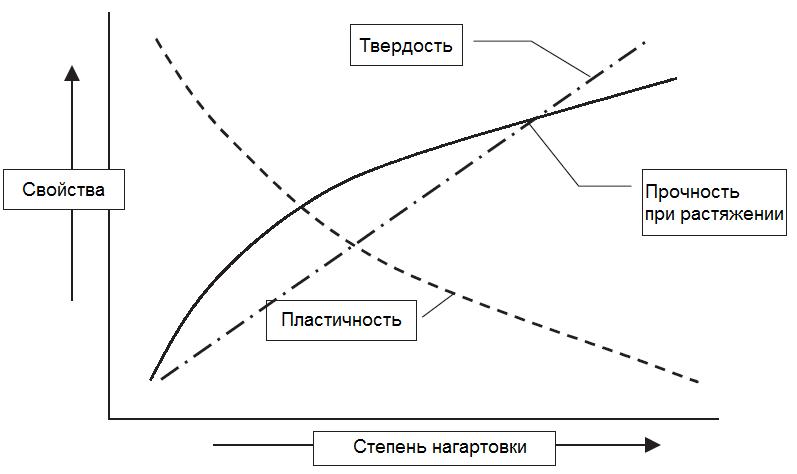 Figure 1 – Influence of the degree of strength autofrettage, hardness and plasticity of metals [1]

there is some confusion in the definition and application of the terms in the technical literature russkoyazychnoy "slander" and «Nagartovka». Most often, these terms are identified, are applied one over the other, or both at once. Usually cold working (cold working) is called as the physical process of changing the crystal structure of a metal during its plastic deformation., and the result of this process, i.e. higher strength and hardness of the metal.

One of the characteristics of any metal, including, aluminum, is its yield strength. The yield strength of the metal - is the voltage, at which the metal starts to deform plastically.

At stresses below the yield stress of the material deforms elastically. If the voltage is removed, the metal returns to its original state prior to the application of these voltages.

However, studies of changes in the metal microstructure after deformation show, that the mechanical properties of the metal are also changed. In particular, tensile test shows, that the metal sample, which was loaded above the yield point usually receives work hardening or work hardening (figure 2).

What is hardening metal

Metals and their alloys, including, aluminum and alloys, They have a crystalline structure and consist of a large number of grains. These grains have irregular shapes and different sizes. Each grain atoms arranged, but the adjacent grains are differently oriented relative to each other. During the cold deformation the grain structure changes due to fragmentation grains, the motion of atoms and atomic lattice distortion.

When the material is subjected to mechanical loading, in its crystalline structure formed of microscopic defects, known as dislocations. If the load continues to increase, these dislocations start to move and interact with each other. Thus they form a new internal structure, which resists further plastic deformation. This structure increases the yield strength of the material, that is, its ability to resist the ongoing efforts. In this case the plastic properties of the material is reduced. One of the best known ways to deliberately create a hardening plastic cold forming parts and products – Cold metal forming. 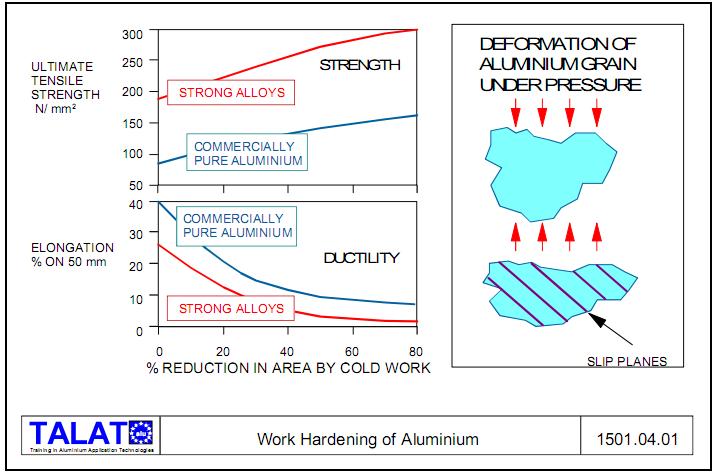 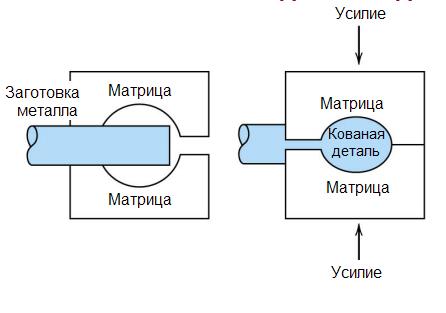 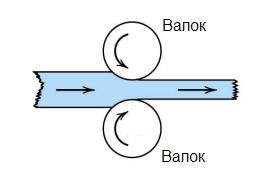 Reducing the density of the metal

In cold work the metal, its density decreases. This is because, that the plastic deformation leads to disruption of the order of atoms in the placement, an increase in the defect density and the formation of micropores. The decrease in density means an increase in the specific volume - mass per unit volume.

The outer layer tends to expand naklopanny, and the inner layers of his "not allowed" – therein having compressive residual stresses. These stresses can be very useful, because it can slow the emergence and growth of surface fatigue cracks.

Hardening may be desirable and undesirable, helpful and harmful. If the hardening of the metal is beneficial, then in its manufacture they tend to apply the operations of cold plastic deformation: cold rolling, drawing, fraction processing, tumbling, knurled, etc.. This is particularly important for metals and alloys, are not capable of thermally hardened. These materials include low carbon steel, Some aluminum alloys, and pure copper. When these materials are subjected to compression, drawn, bending or forging, the voltage, thus there are, lead to the appearance of dislocations in the crystal structure of, which strengthens the metal. In this case, both terms are used: and work hardening, and cold deformation.

domestic, even the Soviet, standards - GOST – applied to the useful "rivet" metal products, for example, aluminum alloy sheets only, the term "work-hardened" and did not use the words "hardening" or "rivet". You can see it, for example, in GOST 21631 on sheets of aluminum and aluminum alloys: "a cold-rolled sheet», "Sheets polunagartovannye".

Unwanted, harmful hardening occurs, for example, when plastic and soft metals and alloys are machined by cutting. An excessively deep cuts in a single pass lead at high speed may lead to a hardening of intensive undesired increase metal strength and embrittlement. This prevents further machined parts, and can lead to damage of the cutting tools. Another example may be harmful hardening duplicate items loading in excess of the yield stress of the material. With such a loading material in the critical sections can quickly naklepyvatsya, lose their flexibility and break down. In such cases, the phenomenon is called work hardening hardening, but never called peening.

When "slander", and when is the auto-fretting?

Given the foregoing, make two "bold", but the natural conclusion.

defamation is any manifestation of strain hardening of crystalline materials - useful and adverse, deliberate and unintentional.

cold deformation It called only useful work hardening products, which deliberately apply to products in order to increase their strength properties. Sometimes, may be, not intentionally, but always consciously.

What is a cold deformation

What is the hot deformation

From a metallurgical point of view, all series of wrought aluminum alloys are divided into two large groups:

Strictly speaking, all metals and alloys strain harden can. However, in aluminum metallurgy, This name refers to alloys of only those series, which can not be heat-hardened, ie aging.

modification of the structure

Strain hardening - cold deformation - the structure comprises a modification under the influence of plastic deformation. This happens not only during production of semifinished products during rolling, stretching straightening, drawing, etc., P., but also during the subsequent production stages, such as forming, bending and other manufacturing operations. 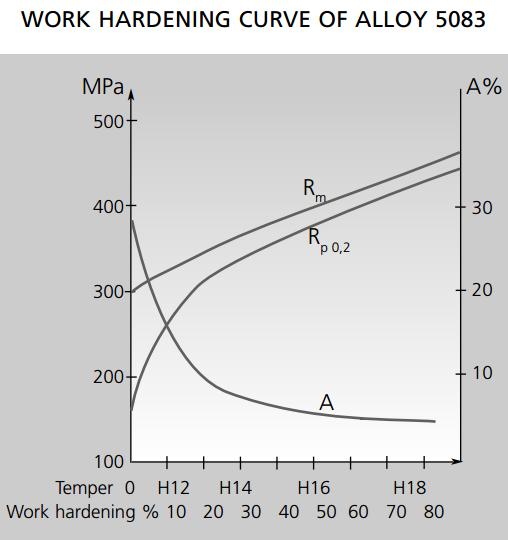 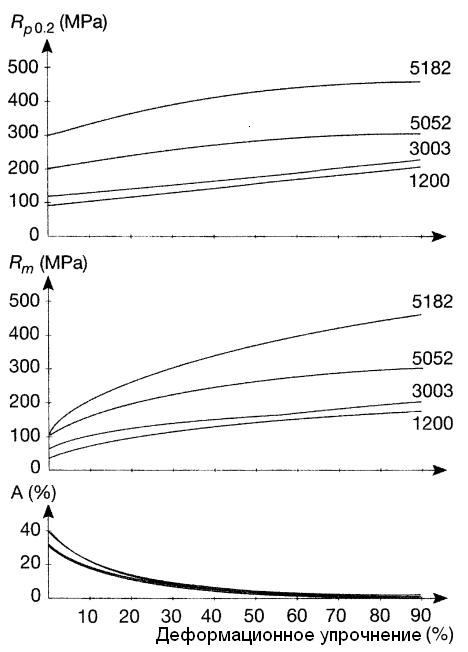 hardening, which emerged as a result of cold plastic processing can be eliminated or mitigated by annealing. Depending on the temperature-duration combination, this softening can be (figure 7): 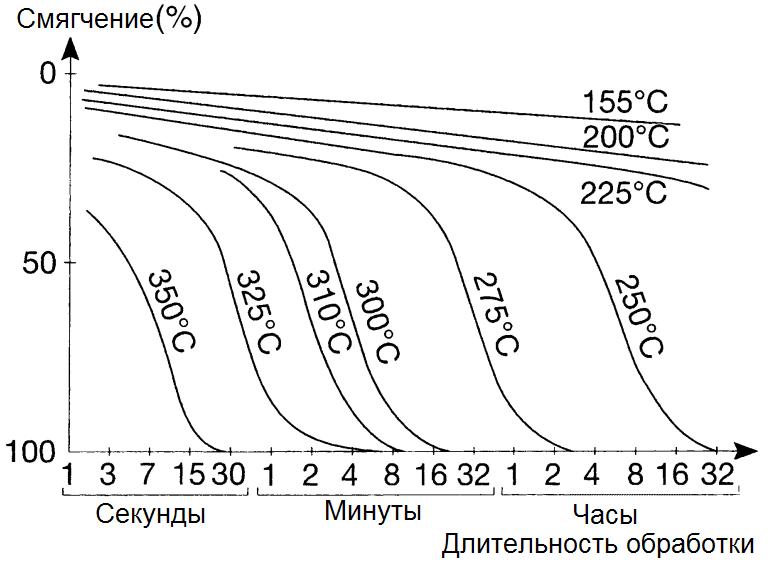 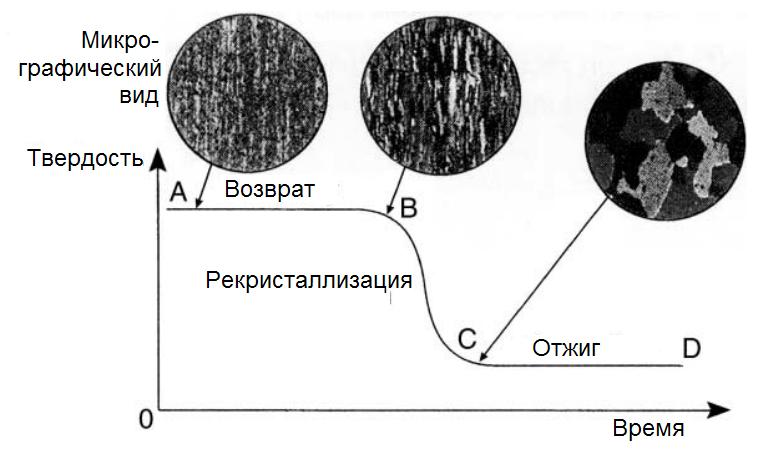 Figure 8 - Change in hardness and structure during annealing [3]

The time and temperature parameters are specific to each alloy depends on the degree of strain hardening, which the material was subjected to annealing.

As with other metals and alloys, there is a critical zone of strain hardening (figure 9.1). If annealing is applied to the material in the state, which is in this critical zone, it may be an uncontrolled grain growth. This makes the subsequent operations forming, such as drawing and bending more difficult. After deformation, the metal surface may take the form, which is called "orange peel". 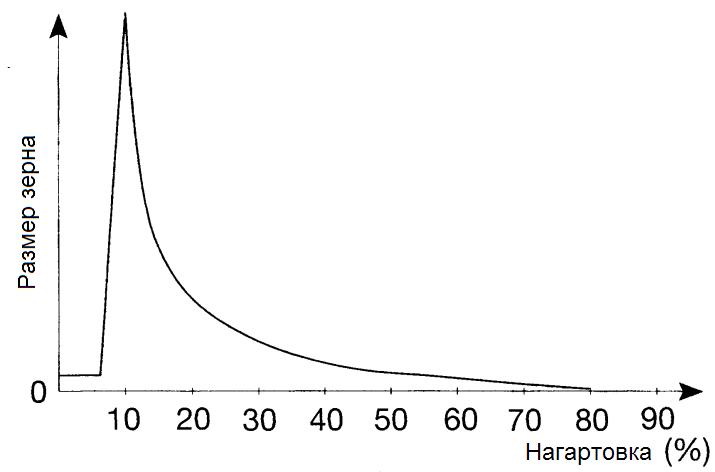 Figure 9.1 - Change in grain size during annealing, depending on the degree of autofrettage [3]

The level of mechanical properties and semifinished, in particular, compromise between tensile strength and ductility (elongation), controlled by the parameters of deformation processing and subsequent annealing operations (intermediate or final).

It should be noted, that at the same level of ultimate strength, the level of plasticity will be higher in cold-worked and partially annealed metal (H2X), than in "pure" cold-worked metal (H1X) (picture 9.2). Therefore, the states with partial (softening) annealing are more preferable., When the maximum capacity for forming a major factor, for example, with deep drawing [3]. 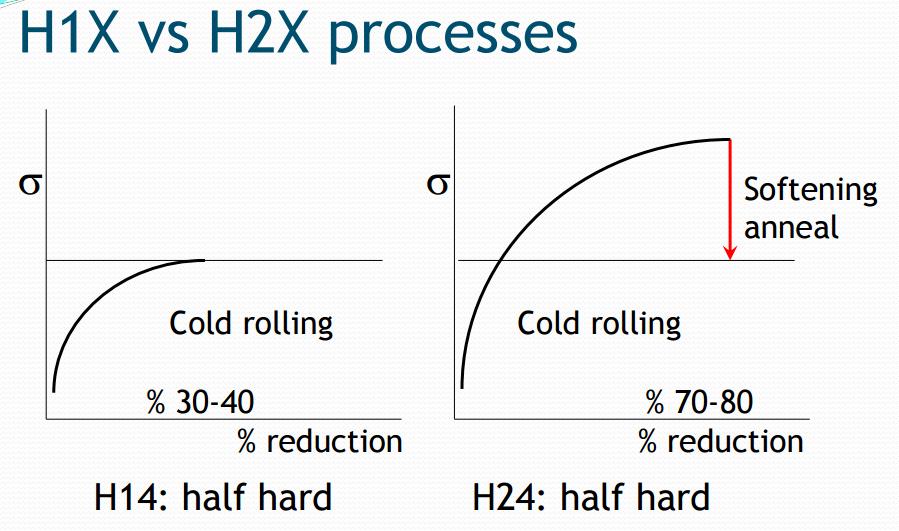 can be in addition to the level of strength of the thermally hardenable alloys cold deformation, which is achieved by strengthening by precipitation strengthening phase when heat treated.

In the case of a completely fully hardened by heat treatment of alloys increase their strength by further cold deformation after aging is relatively small, except for a very high degree of work hardening. Often, this possibility is limited to low capacity. alloys in this state to plastic deformation. The main application of this technology relates to certain extruded and cold drawn products, such as wire, rods and tubes, which are cold drawn after heat treatment to increase strength and improve surface quality [2].

Characteristics autofrettage aluminum alloys are strongly dependent on temperature. Strain hardening occurs at significantly stronger cryogenic temperatures, than at room temperature. At elevated temperatures the work hardening characteristics dependent on both temperature, and the strain rate. Strain hardening decreases with increasing treatment temperature until, until the temperature reaches the value of, above which no work hardening occurs due to dynamic recovery and recrystallization. Dynamic refund leads to the formation of structures zubzerennoy, which is similar to that, which occurs upon heating the pre-cold-hardened metal. The subgrain structure also increases the strength of aluminum alloys to some extent [2].

1. The welding of aluminium and its alloys / Gene Mathers – Woodhead Publishing Ltd, 2002