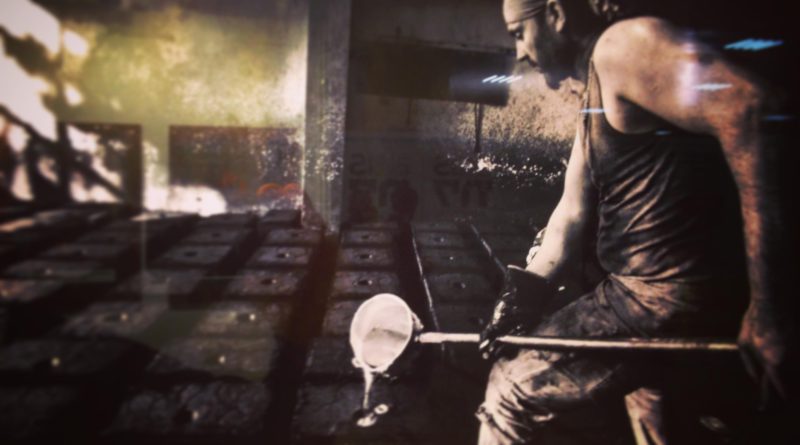 If it turns out, that the projected part must be molded and aluminum, the right choice of the alloy can be a problem, for designer, and for caster.

generally considered, that the use of aluminum castings for the loaded parts is justified only, when the complex shape of the molded part provides a significant advantage in weight as compared to the simple form, for example, kovanoy, part.

Normally foundry-production workers are working only a few casting alloys, that justified the use of more economical foundry equipment, reduction in inventories of raw materials and decrease the risk of mixing different alloys. In terms of the quality of the casting is more reasonable to work with the alloy, which is technologically, than with, which can be on paper and shows slightly better properties, but more difficult technologically.

From the point of view of casters, these alloys are a special case of casting alloys and can therefore be called a little differently – Aluminum casting alloy.

The most important methods of molding aluminum alloys are:

When casting in a metal mold, molten metal is poured into, usually, separable and usually reusable steel molds.

casting technology in sand molds – This is a slower process, but it is usually the most economical for small parties, complex configurations and large castings.

Each alloy in this standard has a double designation: the first – for ingots and the second (in brackets) - for castings, for example, AK12 (AL2). This is due to the fact, that in due time, at the end of 1980, GOST 1583-89 united and He replaced into one three standards:

by guest 2685-75 remained alphanumeric characters such as AL2, AL4 and AL11. GOST 1583-93 It allows for castings apply these designations alloys without duplication of designations for pigs. Interesting, that link to GOST 2685-75, canceled more 20 years ago, still found, for example, on the sites of some foundries.

From the cast aluminum alloys most commonly used Silumin – alloys with a high content of silicon. Aluminum alloys with copper only, magnesium and zinc are used much less frequently. Dealing mainly in the, that to obtain a dense structure requires casting alloy with a narrow range of crystallization, and the concentration of the eutectic alloys are better suited to this or close to it. In this sense, the system Al–Si It represents a decisive advantage over other systems - it has a relatively low eutectic silicon content 11,7 %, whereas in the system Al–Cu eutectic has 33 % copper, and the system Al–Mg – 34,5 %.

binary alloys Al–Si They have the best casting properties. These include ordinary (normal) silumin with a silicon content of 10 to 13 % (alloy AL2), which is used for casting complex shapes without the requirements of high mechanical properties.

hypoeutectic silumins with a silicon content of - at higher silumins special requirements apply to the strength properties 4 to 10 % copper and additives, magnesium and manganese in various combinations and amounts. Alloys AL4 and AL9 - silumins with a low silicon content and with small additions of magnesium and manganese (AL4) and magnesium (AL9), which improves the mechanical properties. low silicate Silumin, alloyed copper, as well as small amounts of magnesium - AL5 alloy, magnesium and manganese (and titanium) - AK5M2 alloy. They possess inferior casting properties, than normal silumin, but surpass its mechanical properties. These silumins after heat treatment have a strength of 200 to 250 MPa and elongation of 1 to 6 % – strength close to the strength of wrought alloys, but at a relatively low plasticity. This is due to the coarser structure, not crushed by plastic deformation. Alloy AL11 refers to zinc silumins - the addition of zinc in such large quantities (10-14 %) improves its casting properties, which makes it possible to cast from it especially difficult parts.

Heat treatment of cast aluminum alloys, compared with deformed, It has its own characteristics. This is due primarily to differences in the chemical composition, and more coarse and coarse-grained cast alloys. Cast alloys are hardly subject to natural aging, therefore, the maximum strength is usually achieved by artificial aging for 10-20 hours at 150-180 ° C. Hardening occurs due to separation of satiated solid solution intermetallic compounds Which one2,Mg2Si, Al3Mg2 etc. Often, already a hardening increases strength and ductility due to dissolution of intermetallic compounds, who in the cast state accumulate at the grain boundaries. Aging further enhances the strength of the, but often at the expense of ductility.

The factors, which take into consideration when choosing a foundry alloy for specific design solutions, include the following.

impurities, especially iron, It is one of the important qualities of cast alloy. With decreasing amounts of impurities in the alloy increases the corrosion resistance and plasticity. However, we must take into account the fact, more pure alloy and the cost will be more expensive. Secondary casting alloys typically made from scrap according to the same Standard 1583-93 and they may have a lower as compared to the level of primary alloys ductility and corrosion resistance because of the large amount of impurities. However, there are many products, for which the mechanical properties and corrosion resistance is acceptable, and therefore secondary alloys are widely used. As can be seen from the requirements of GOST 1583-93 more "dirty" alloy may require more complex molding method.

Depending on the requirements for the mechanical properties of the future casting, the alloy is chosen from the following conditional "strength" categories:

"Strong and ductile". This group includes the most important reinforcing the aging of alloys, for example, Al–Cu. By using different types of heat processing properties "regulate" or high strength or high elongation.

"Solid". Casting alloys of this group have a certain tensile strength and hardness without special requirements to the elongation. Primarily, it alloys Al–Si–Cu.

The casting properties of the alloy, such as the fluidity and solidification characteristics, caster put certain restrictions. Not every cast can be cast from any alloy. Selection of the optimal alloy for particular items usually requires interaction designer and caster.

Fluidity of the molten metal is determined by processing the sample, for example, filling melt special length helix. It would seem that at low fluidity just need to increase the temperature of the casting. However, in this case usually encounter other problems, such as melt oxidation, saturation with hydrogen or excessive wear of the mold. Eutectic silumin have the highest fluidity, low silicate Silumin - average, and alloys Al–Cu and Al–Mg - the lowest.

Propensity to hot cracking is almost the opposite of fluidity. The hot cracking understand separation from each other already crystallized phases, for example, shrinkage. These cracks or fractures can heal supply of the remaining metal form. At the eutectic aluminum casting alloys are almost no problems with the formation of cracks, whereas for aluminum casting alloys Al–Cu and Al–Mg This problem is very urgent.