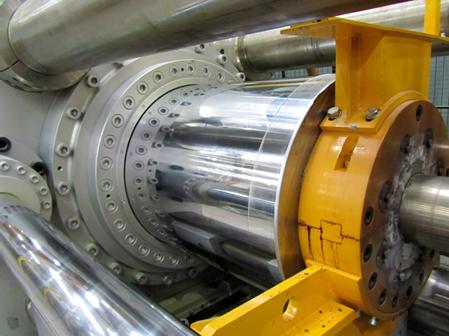 Aluminum extrusion is a plastic deformation process, wherein the aluminum material is heated preform, usually in the form of a circular cylinder, squeezed out of the container through the die hole. Moreover, the cross-sectional area of ​​this hole is much smaller, than the original workpiece (figure 1). Under the influence of the force of the ram, the workpiece interacts with the container and the matrix in this way, that high compressive stresses arise throughout its volume, which suppress the formation of cracks in the material of the cast billet during its plastic flow through the matrix. In turn, in the pressing tool - press washer, container and matrix - very high voltages also occur [1]. 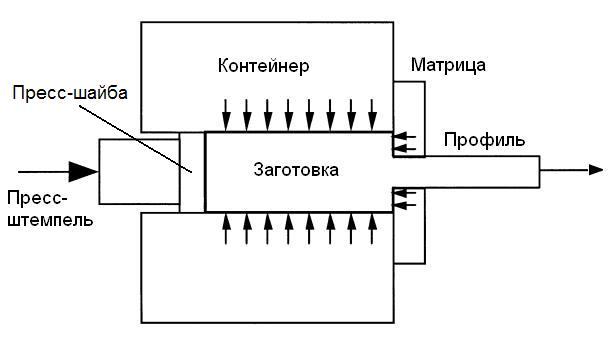 The container of the extrusion press

The container is the most expensive part of the extrusion press tool (picture 2). Container components - body and inner sleeve, and often, intermediate middle sleeve - made of special heat-resistant tool steel. The service life of container components has a large impact on the overall economic performance of the press.. Container body and its inner sleeve, and, often, another one, medium, bushing (figure 3) must be of construction and materials, which provide them with a long service life at high temperatures and high cyclic loads with each pressing cycle. 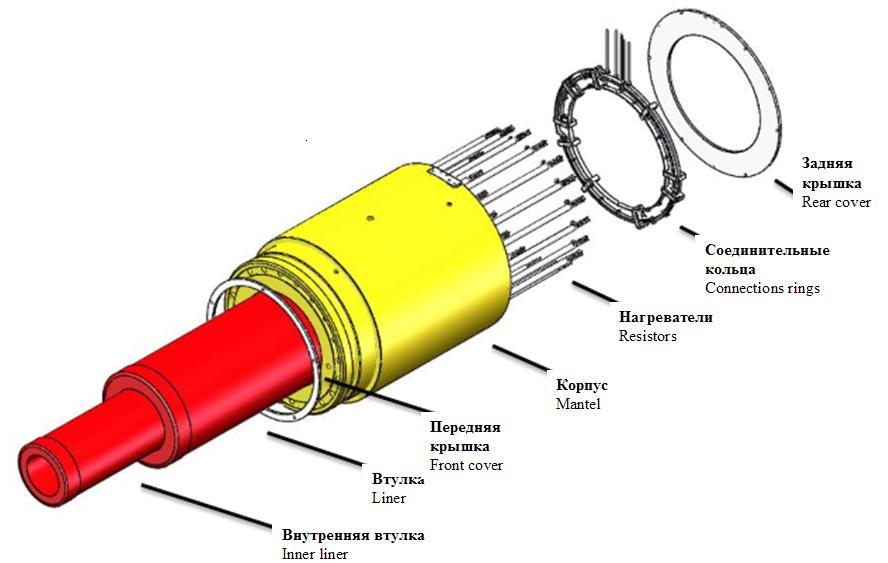 The stresses in the components of the container have two components:

Extrusion ram and die are axially loaded. The bushing of the container carries an axial load due to friction between the workpiece and the container. Moreover, sleeve (and, Consequently, container as a whole) experience thermal stress, which arise during its pressing and extrusion. The axial pressing force causes very high tangential and radial stresses throughout the container structure [3].

When assessing the stresses in the components of a container, the method of elastic calculation of the stress state of a thick cylinder when it is loaded with internal pressure is usually used. Axial symmetry of stresses in the container is assumed, as well as the axial symmetry of the temperature distribution along its entire length. Local thermal stresses, as well as longitudinal stresses from the assembly of the container and friction between the workpiece and the container are neglected. It is assumed, that all materials have the same modulus of elasticity and all stresses are elastic.

In figures 4 and 5 the calculated stresses in the container for two types of containers are shown:

Both containers have the same inner and outer diameters, and also the same load inside the container - 63 kg / mm2. 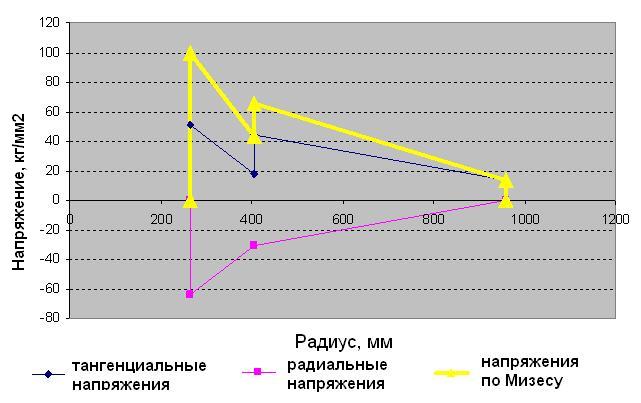 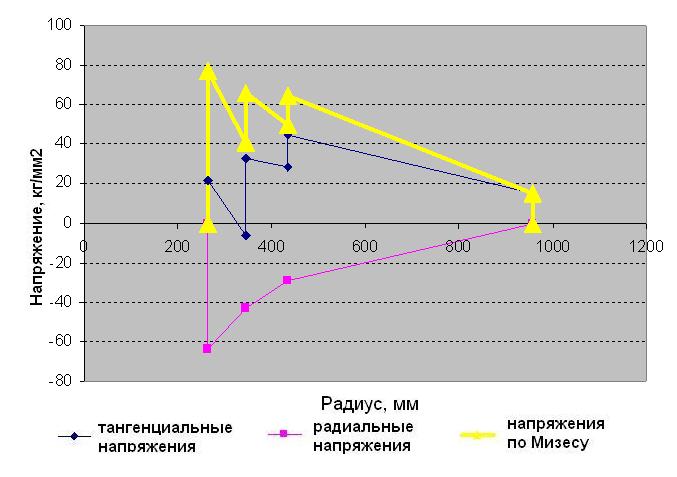 These calculations show, that the use of two sleeves instead of one gives a significant reduction in stresses on the inner sleeve of the container. In this case, the voltage on the outside of the container slightly increases [3].

When considering temperature gradients in a container, it is necessary to consider how radial, and axial temperature distribution.

The radial distribution has a much steeper gradient and is therefore more difficult to control.. During the pressing process, the inner hole of the sleeve is inevitably the hottest part of the container with temperature, which approaches the temperature of the workpiece. The temperature distribution in the working container has the form, shown in Figure 6. 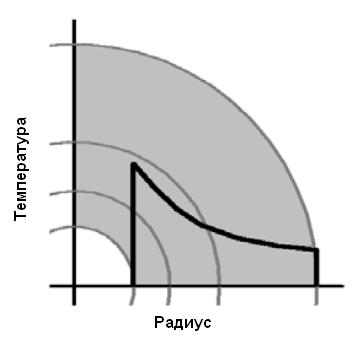 Under normal conditions, the container body is usually not hotter than the sleeve. This can happen, when the control thermocouple is too far from the heaters and the bushing cools. In this case, the full pressure of the main plunger can destroy the sleeve..

Controlling the relatively small axial temperature gradient in the container is also very important.. The temperature graph along the bushing axis has the form, shown in the picture 7. 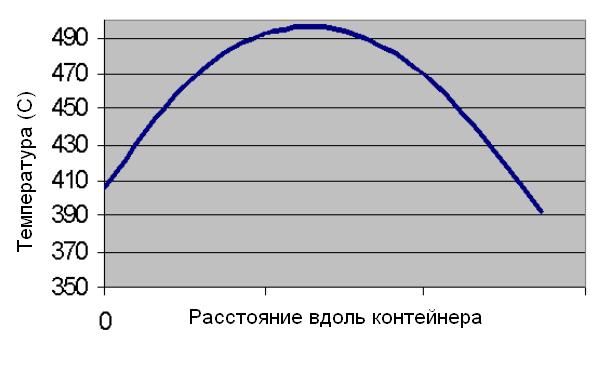 Why heat the container

Temperature control inside the container is important for several reasons.. This not only reduces stress in the container and, thereby, increases its service life, but also makes it possible to increase the productivity and quality of pressed products.

However, since the pressing process generates a lot of heat, it does not require much additional heating for the container, and often it is not required at all. In some cases, only a little heating and / or cooling is required to achieve optimal conditions.

Uniform temperature along the container axis

Separate heating of the top and bottom of the container

Heating the container before the press

Cartridge heating elements make it possible to supply heat to a predetermined place inside the container (picture 8). They are located close to the hub, which reduces the time, which heat is required to warm up the sleeve to the specified temperature. 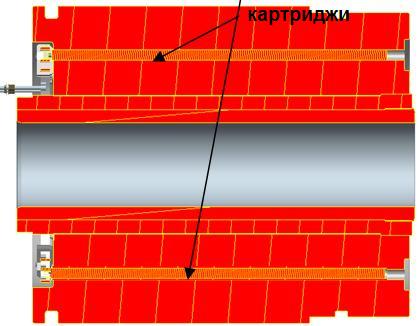