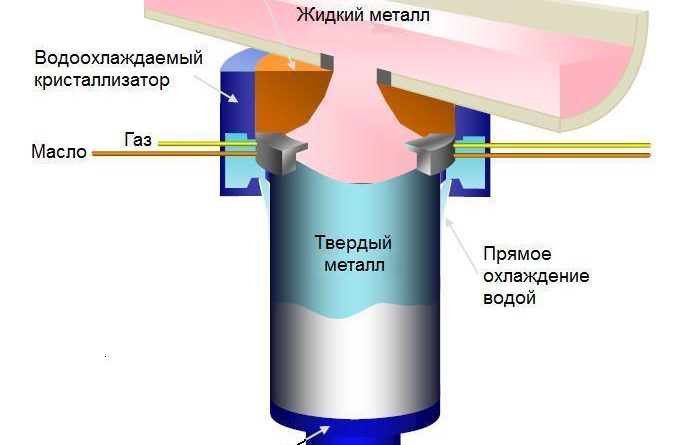 Microstructure as a source of defects anodized profiles

Features of the microstructure of the material aluminum profiles - aluminum alloys - very often cause a heterogeneous appearance of their anodized surface. The reasons for this heterogeneity are disorders of microstructure technology of production of aluminum profiles - from ingot casting-pillars, Sources from which are cut blanks for the extrusion press and before heat treatment technology to press quenching and artificial aging in an oven. The reasons for this lie in the manufacturing defect profile technology, but it is already apparent in the process of anodizing.

The main causes of the problems, which are related to the microstructure of aluminum profiles are:

The microstructure of aluminum profiles and the subsequent surface quality after anodizing depends on various technological parameters throughout their production:

Scheme temperature change in the production of aluminum profiles shown in Figure 1. The magnitude of the temperature, the duration of exposure to it, as well as its rate of change during heating and cooling are key technological parameters, which affect the formation of the microstructure of the finished aluminum profiles. 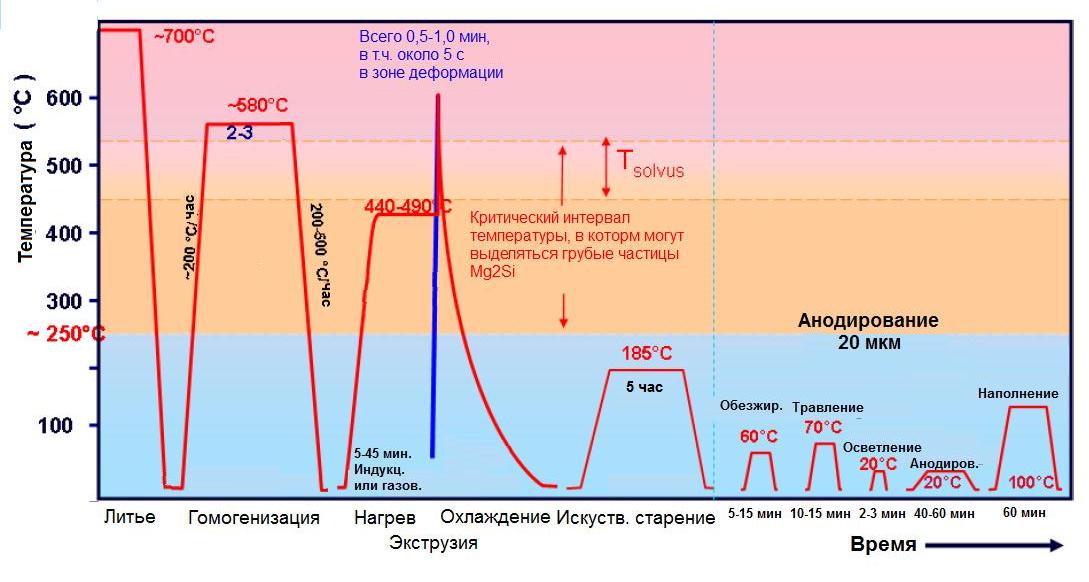 Figure 2 - Top alloys for the production of aluminum profiles

alloys 6060 and 6063 (analogue of the domestic AD31) almost all profiles for window frames and doors are made, and curtain wall, translucent and ventilated. 6005A alloy used, if desired somewhat increased strength. alloys 6061 (AD33) i 6082 (AD35) is more often used for load-bearing building structures, which require increased strength. Comparison of different strength aluminum alloys is shown in Figure 3. 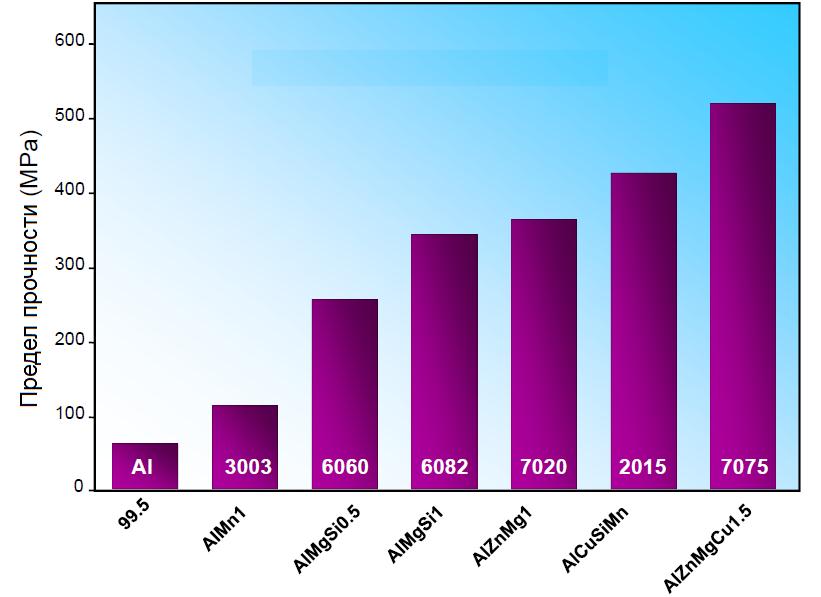 In the crystallization of aluminum ingots of aluminum alloys inevitably arises a surface layer with a high content of alloying elements and impurities. This layer is called the inverse segregation zone. When, for example, alloy ingots 6060 it has increased the magnesium content, silicon and iron (figure 4). 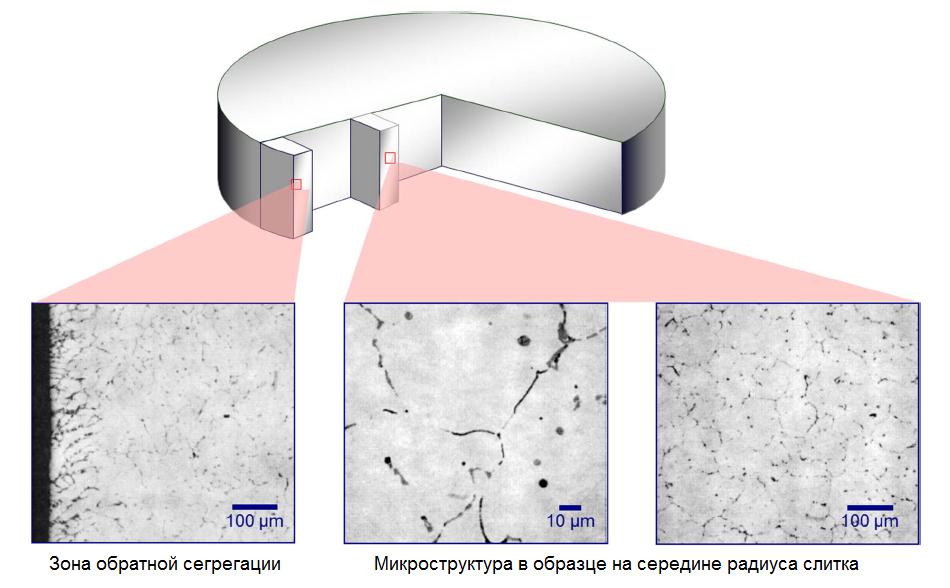 The modern method of casting ingots-pillars is the so-called "Hot-Top" method (Figure 5). The figure shows a diagram of a method of molding Hot-Top for example, one of the ingot-pillar. Modern casting machines can simultaneously cast a few dozen, and even more than a hundred, bullion-pillars. 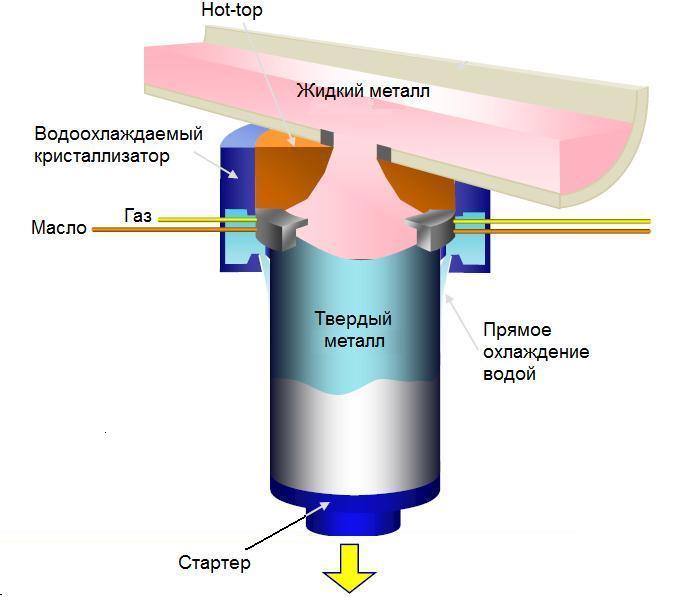 Features of this ingot casting method - limit heat transfer from the top of the melt, as well as the use of systems for lubricating the crystallizer with a mixture of gas and special oil provide a minimum thickness of the reverse segregation layer outside the ingots (Figure 6). 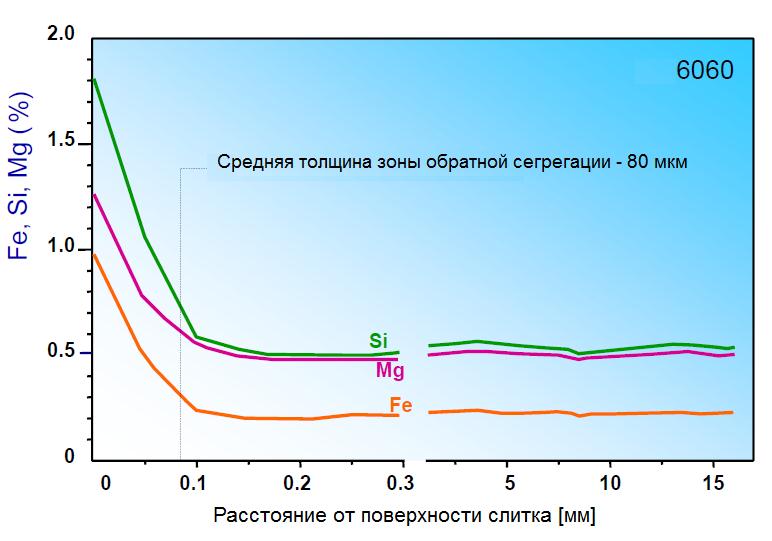 An important technological step is homogenisation of ingots. It consists of exposure of ingots at about 580 ° С for several hours and sufficiently fast forced cooling (see. Figure 1).

When homogenizing ingots, it is important to ensure: 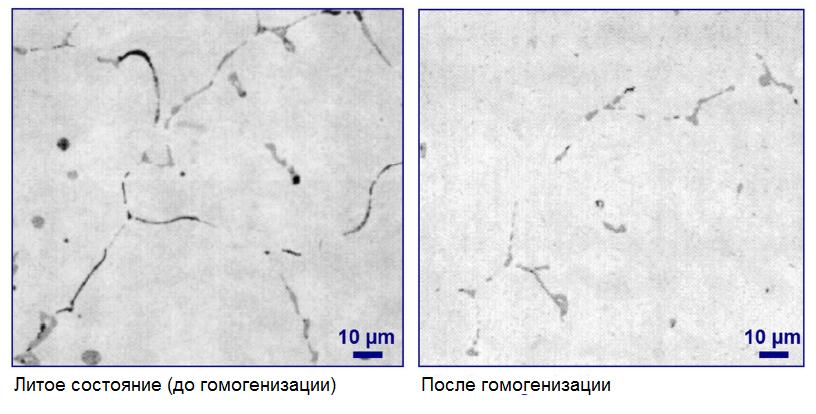