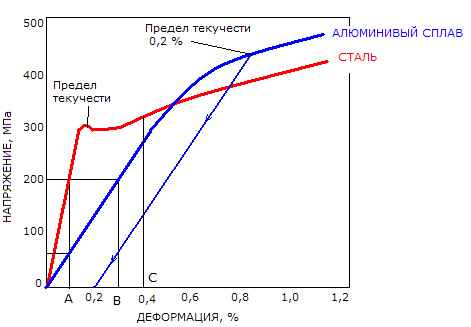 The properties of aluminum and its alloys
admin

The figure can be seen, At the initial stage of the stress-strain curve of the increase in strain per unit stress increases in aluminum and aluminum alloy much faster, than steel - three times. The slope of this part of the curve determines the characteristic material – elastic modulus (Young's modulus). Since the strain measuring unit - dimensionless, then the dimension of the Young's modulus coincides with the dimension of the voltage.

Clear, that if a steel beam replaced by identical shaped beam of an aluminum alloy, then its weight would be three times less, but its elastic deflection under the same load will be about three times larger. You can note, that in this case aluminum beams of the same size, and that the steel beam absorbs three times more energy, but only so long, until the voltage in the aluminum alloy remain below the elastic limit.

The table below shows the values ​​of the elastic modulus of aluminum and various metals. 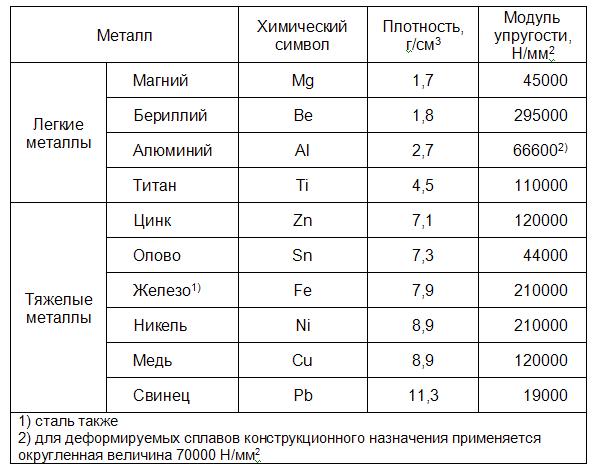 It is worth noting, that the stiffness of a structural element is defined as the product of the elastic modulus of the material and the moment of inertia of the section of the element (E × I) and it is the stiffness of the element that determines the deflection of the element under the influence of a bending load. This gives aluminum a chance to compete with steel: extruded aluminum profiles can have much more complex cross-sections and thus compensate for the small elastic modulus of aluminum by increasing the moment of inertia of their cross-sections.

In addition to bending stiffness is necessary to take into account other factors, for example, torsional stiffness. As a result of the complexity of the cross-sectional profile increases and often "eats" part of the expected gain in weight, which usually is about 50 % instead of the possible 33 %.