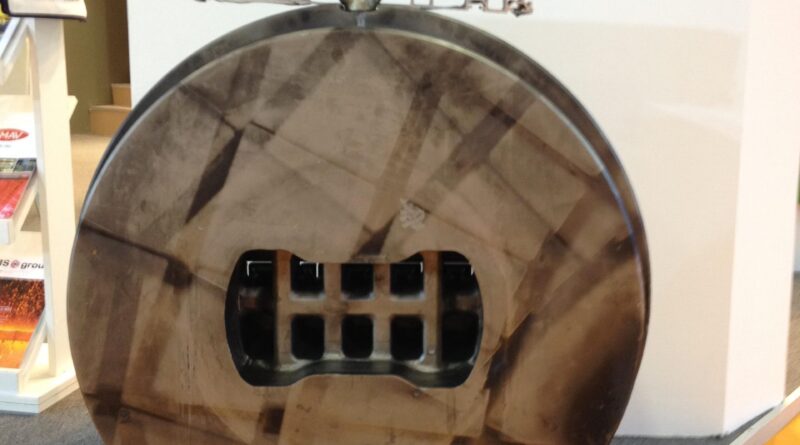 Extrusion dies for extrusion of aluminum profiles before loading required in the press is preheated.

Why heat the dies?

No one will argue, that the heating of the matrices is a very important part of the extrusion of aluminum profiles. However, in the production of extruded aluminum sections heating matrices, as, however, and other pressing tool, typically much less control, than the pressing process.

If the matrix does not heat up to the desired temperature, then the risk increases:

matrices heating furnace at most extrusion presses exhibit a fixed point in the range from 450 to 500 oC.

Very little Extruders aluminum matrix measured temperature and, especially, write it. At the same time, temperature non-contact measurement is nowadays quite affordable. Typically, the matrix of heating control is limited in time log entry load a template in the oven and rarely – its location in the furnace.

Oven heating heats matrices matrix through its surface - by convection and / or radiation. The inner layers of the matrix can be heated only by heat transfer from the surface. The thicker steel, the longer the matrix reaches a predetermined temperature. Usually, hollow matrix warm longer, than flat (solid), even more massive planar matrix.

Heat transfer to the matrix depends on several factors. The higher the temperature of the ambient matrix or thermal radiation source, the greater heat transfer and short heating cycle matrix. Forced air circulation is required for matrix heating ovens, to ensure the maximum intimate contact of hot air with the matrix, including holes and cavities of the matrix.

Overheating of the matrix above a predetermined temperature to avoid, as it leads to an increased rate of oxidation of the surface of the matrix, and destroys its nitrided layer. Moreover, Overtemperature increases the risk of local reduction of the hardness of the matrix material. Large temperature gradients within the matrix may also cause significant internal stresses, that, in turn, can promote the formation of cracks therein.

In most extrusion presses, which produce profiles of aluminum and aluminum alloy, heating matrices before installing them in the news produced in a recirculating air atmosphere furnaces. The desired temperature of the matrix is ​​usually achieved approximately 4 o'clock. The longer the matrix is ​​in a furnace at high temperature, the greater the degree of oxidation.

Why is it important?

The first cause is the quality of the surface profile. Strongly oxidized surface running web matrix hardly give high quality of the pressed profile surface. At the present time are increasingly using special computer programs to control the heating of the matrices. This program shows the operator, When the matrix is ​​ready for pressing and when she "sits" in the oven too long. generally considered, that eight hours in an oven to be the maximum limit.

Destruction of the nitrided layer

The second reason - this is the effect of heating on the nitrided layer of the matrix.

Nitrided running web matrix layer consists of two layers. On the surface layer of the girdle is formed from 5 to 20 m, which consists of special iron carbonitrides. Immediately under this thin layer is formed another layer – supporting – thickness from 0,05 to 0,3 mm, which is saturated with nitrogen. This nitrogen is in solid solution became.

Clitellum matrix is ​​oxidized in a heating furnace matrices, wherein the nitrided layer is removed and replaced with iron oxide. In the course of oxidation on the surface of the girdle are formed sores. These ulcers during the subsequent alkali treatment of the matrix will be exposed to an alkali, that as a result can lead to spalling on the collar of the steel.

The figure 1 showing samples of H13 steel matrix, which were made belts, after which they were subjected to a typical heat treatment for the matrix - heat strengthened and tempered double - hardness 47-49 HRC, and then nitriding technology, which is used for matrices. Three of these samples were heated in a circulating air oven at a temperature 480 ° C at a heating duration from 2 to 24 hours.

Figure 1 - Appearance sample surface
after heating at 480 ºS:
top row - after 4 and 24 hour heating,
bottom row - control sample without heating and
the sample after heating for 2 hours.

When heated in air to avoid oxidation of the steel is completely impossible, however, the degree of oxidation is strongly dependent on the heating duration. After two hours at a temperature 480 ° C sample became light gray. With increasing exposure time at this temperature, the samples become darker, and the thickness of the oxide layer increases. When heating for 7 days on the oxide layer on the sample became brown-brown.

Effect of heating on the nitrided layer

The effect of varying the duration of heating at the nitrided layer is shown in Figure 2 and Table.

With increasing exposure time in the furnace of the oxide layer thickness increases, and the nitrided layer is almost impossible to detect.

When heating the matrix during the day on the surface hardness falls even lower – to 760 Vickers units, and peak shifts with maximum hardness inside surface of the sample. it , which is in solid solution nitrided layer, I began to diffuse. Part of the nitrogen diffuses into the running web depth, and the other part – outwardly from the top surface of the belt.

When heated within the matrix 7 day – it is not so rare – hardness on the surface of the drops have to 730 Vickers units, and peak hardness goes deeper and its magnitude decreases.

These data clearly show, Matrices that prolonged heating in the oven for their fatal. It leads to the formation on the running web of thick oxide layer matrix, what, in turn, leads to a significant reduction in quality of the aluminum profile surface. Moreover, damage caused by prolonged heating of the working belts of the matrices can significantly reduce their service life.