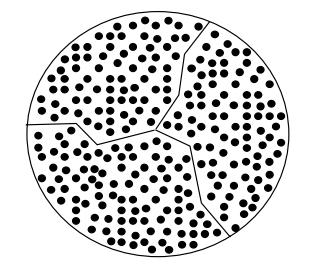 Heat-strengthening and deformation of the reinforcement

Further separation into two classes, each of these categories based on the main mechanism of improving their mechanical properties, namely, due to:

Many alloys have the ability to change its properties under the effect of heat treatment, which is based on the dependence of the solubility of the various phases of the temperature. These heat treatments include [1]:

such alloys, as a deformable, and casting, called heat-reinforcing.

Many other wrought alloys prepared improving its properties is not by thermal treatment, and by strain hardening (work-hardening). This type of hardening is achieved as a result of plastic deformation of the product with a certain degree of plastic deformation (drawing). This typically occurs in combination with various embodiments of annealing to achieve the optimum combination for the product strength characteristics. These alloys are called strain hardening, and thermally neuprochnyaemymi. 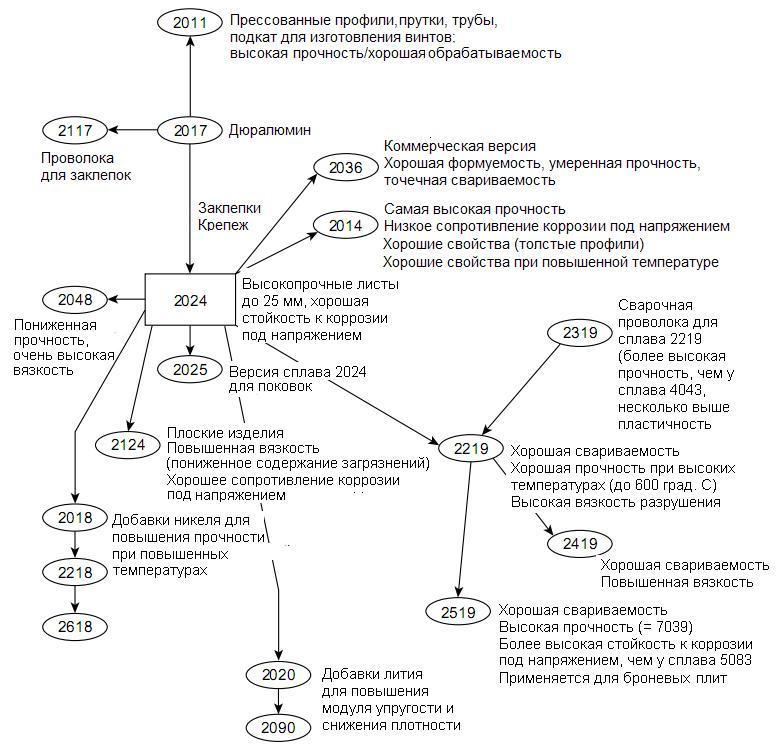 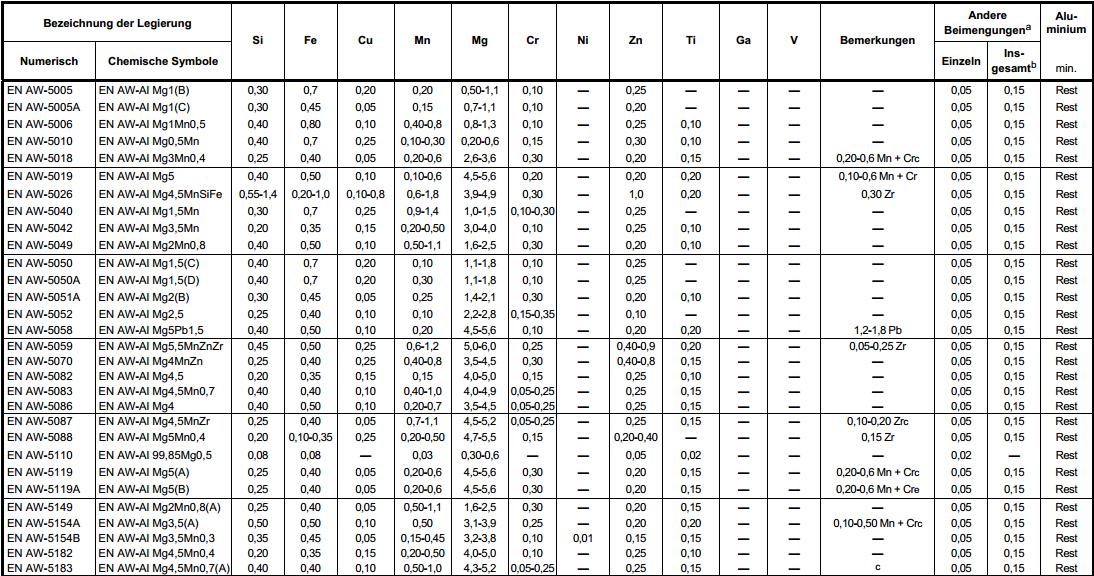 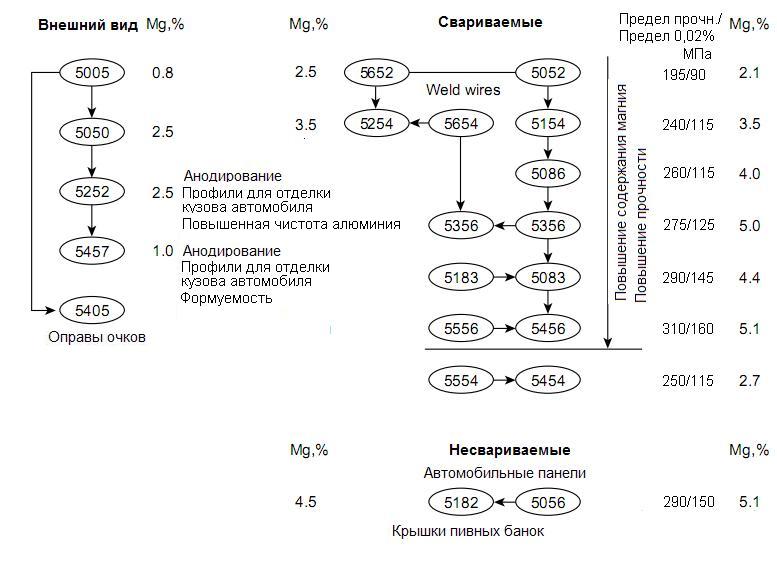 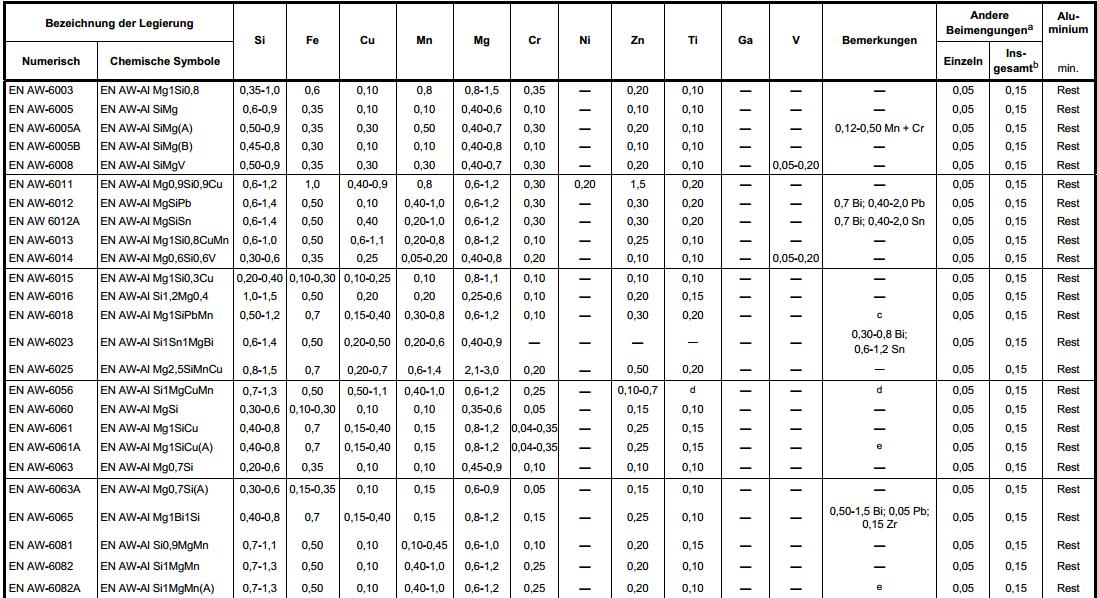 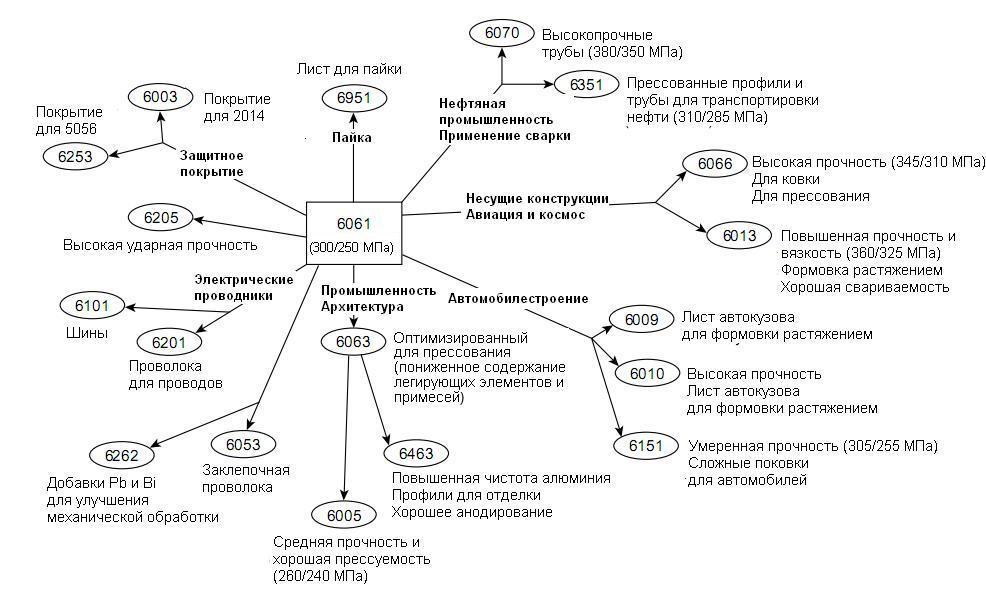 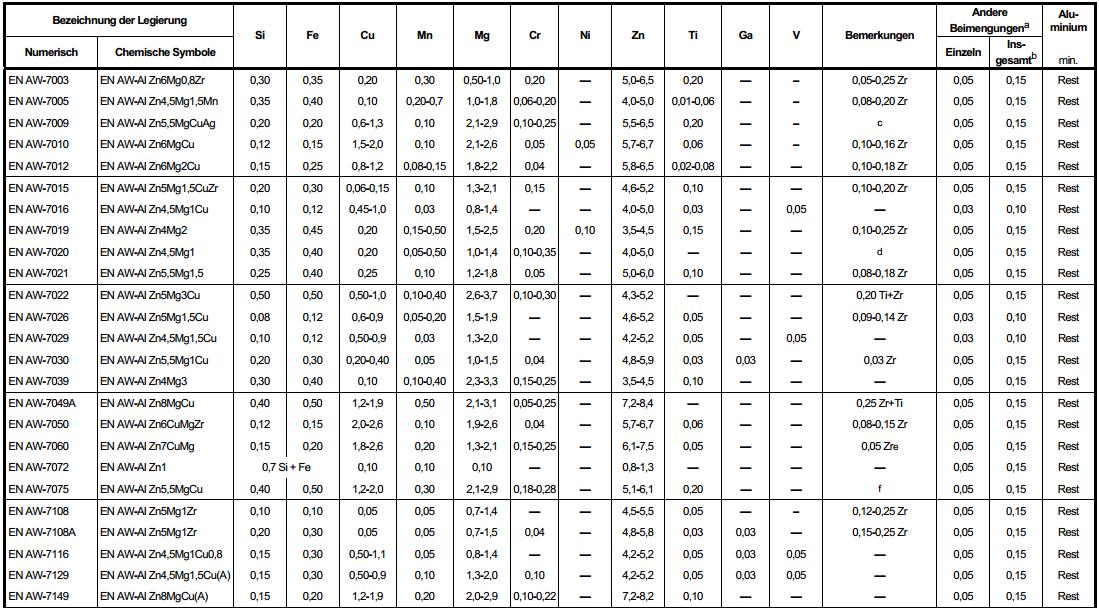 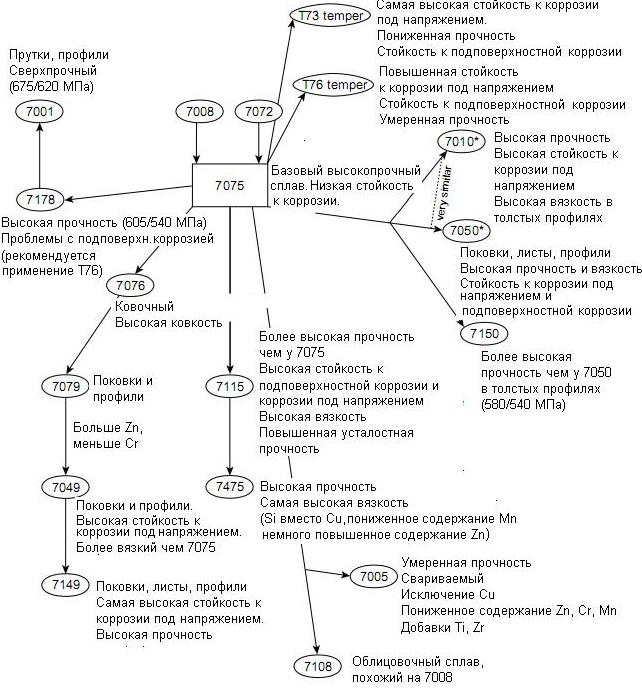 Increased resistance to high temperatures is achieved through the use of dispersion-hardened Al-Fe-Ce alloys (example - alloy 8019) or Al-Fe-V-Si alloys (example - 8009), which are made of powder metallurgy technology.

As can be seen, Not all aluminum alloys, are presented in Figures 1-4, present in the tables 1-8. This is due to the fact, that the European and American approaches are slightly different to the alloying of aluminum alloys. for instance, alloys 6060 and 6082 are “European” and are not used in North America. On the other hand alloys 6063 and 6061 They are popular in North America and much less used in Europe.